Sudip Bandyopadhyay's wife Nayna Bandyopadhyay had pleaded the court to allow her husband to stay in jail hospital due to his poor health. 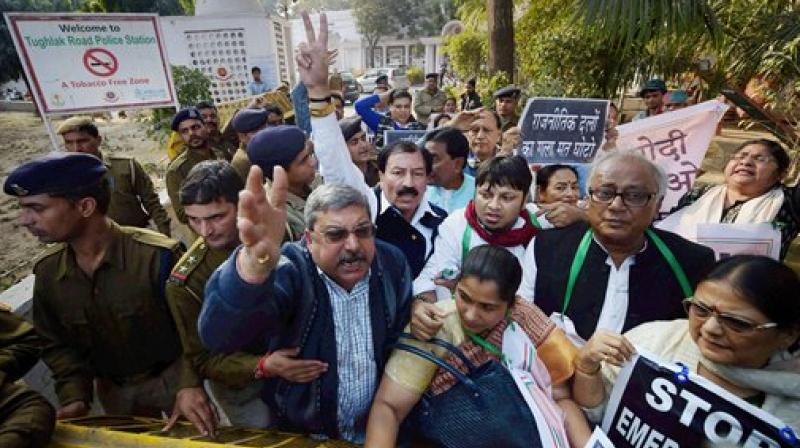 Bhubaneswar: TMC MP Sudip Bandyopadhyay, who was arrested in connection with Rose Valley chitfund scam, was on Saturday admitted to SCB Medical College Hospital in Cuttack as he complained of chest pain during his stay at the Special Jail at Jharpada in Bhubaneswar.

Sudip, lodged at the jail hospital, was first taken to the state-run Capital Hospital at Bhubaneswar in the morning.

However, the attending doctors advised to shift him to SCB Medical College Hospital in Cuttack, a jail staff said.

Bandyopadhyay, who has been lodged at the Special jail, continued to stay at the jail hospital since January 12 along with another TMC MP Tapas Pal.

Sudip Bandyopadhyay was remanded to judicial custody for 14 days from January 12 as his bail petition was rejected by the CBI designated court in Bhubaneswar.

The Central Bureau of Investigation (CBI), probing the chit fund scam, had arrested the four-time Lok Sabha member from Kolkata on January 3.

Sudip's TMC MLA wife Nayna Bandyopadhyay, had pleaded the court to allow her husband to stay in jail hospital due to his health condition.