All efforts to fulfil cultural aspirations of Tamilians: Modi on Jallikattu row

Modi said the central government is committed to the progress of Tamil Nadu and will always work to ensure the state scales makes progress. 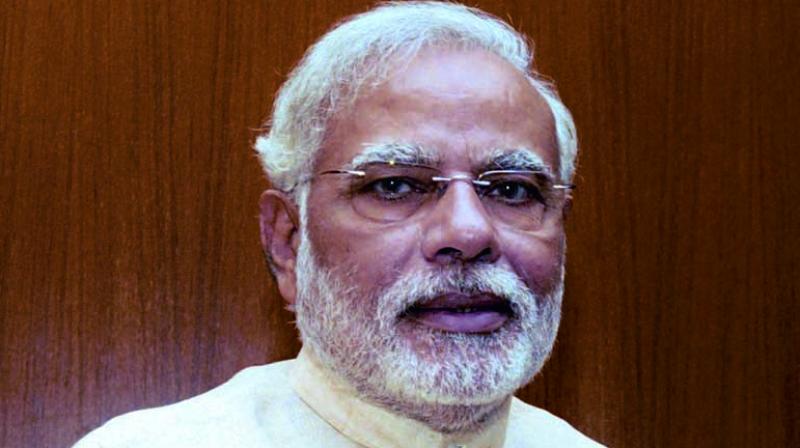 New Delhi: A day after the Centre cleared the Jallikattu ordinance, Prime Minister Narendra Modi on Saturday said all efforts are being made to fulfil the cultural aspirations of the people of Tamil Nadu.

"We are very proud of the rich culture of Tamil Nadu. All efforts are being made to fulfil the cultural aspirations of Tamil people," he tweeted.

Modi said the central government is fully committed to the progress of Tamil Nadu and will always work to ensure the state scales new avenues of progress.

His statement came a day after the Centre, moving swiftly, cleared a draft ordinance to allow Jallikattu, paving the way for Tamil Nadu to promulgate it to end the widespread protests that have paralysed the state for last five days.

The Union ministries of Home, Law and Environment cleared the ordinance Friday night.

Once the Governor promulgates the ordinance, Jallikattu can be conducted anytime. The approval from the Home Minister, who signed the ordinance as powers to sign on behalf of the President are vested with him, came on a day of fast-paced developments with approvals from different ministries – Environment, Law and Home – coming in a span of record 13 hours.

Working at a feverish pitch, the Tamil Nadu and Union Governments moved swiftly from Friday morning at around 8 am to bring a state-specific amendment to the PCA.

It first went to the Home Ministry, which forwarded it to Environment and Law Ministries for their comments. As expected, both the ministries went through the ordinance, vetted and approved it in matter of few hours without any major changes. After it came back to the Home Ministry at around 7.30 pm, Home Minister Rajnath Singh gave his approval a little after 9.30 pm.

“Since the Ordinance is issued by the state, it has to be finally promulgated by the Governor. And because the ordinance makes a state-specific amendment to a Central act, it needs the assent of the President or the Union Government,” a senior government official said.