Referring to loan waivers by Congress's governments, Rahul is challenging PM Modi to do the same in other states. 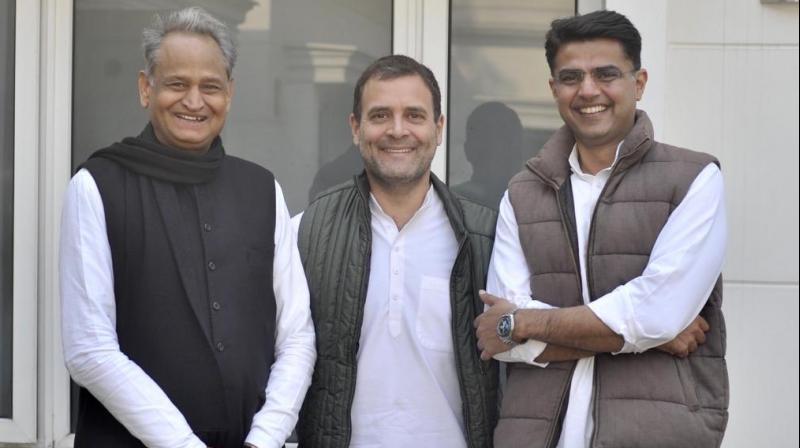 Congress government in Rajasthan on Wednesday waived short-term crop loans from cooperative banks and loans of up to Rs 2 lakh taken by farmers from other banks. (Photo: Twitter | @RahulGandhi)

New Delhi: Two days after being sworn in, the Congress government in Rajasthan on Wednesday waived short-term crop loans from cooperative banks and loans of up to Rs 2 lakh taken by farmers from other banks.

“This will put a burden of Rs. 18,000 crore on the exchequer,” Rajasthan Chief Minister Ashok Gehlot told reporters in Jaipur.

The move is line with the action taken by the governments in Madhya Pradesh and Chhattisgarh, the two other states where the Congress won the recent assembly elections.

“Congress president Rahul Gandhi had promised during the election campaign to waive farmers' loan in 10 days after the Congress comes to power and we have fulfilled the promise by issuing the order,” Gehlot said.

Following the waiver, Rahul Gandhi took to Twitter and said despite asking for 10 days, the state government waived the loans in only 2 days.

Rahul Gandhi has been repeatedly referring to loan waivers by his party's governments and challenging Prime Minister Narendra Modi to do the same in other states.

On Wednesday, he said he would not allow PM Modi "sleep or rest" till he waived farm loans. His comment drew a sharp reaction from Union Minister Ravi Shankar Prasad who termed it as a “new low in public discourse”.