Hands should join together for Tamil Nadu's sake: Kamal Haasan

Comment came a day after Haasan said that his friendship with Rajinikanth was old and hinted at joining hands with him for politics. 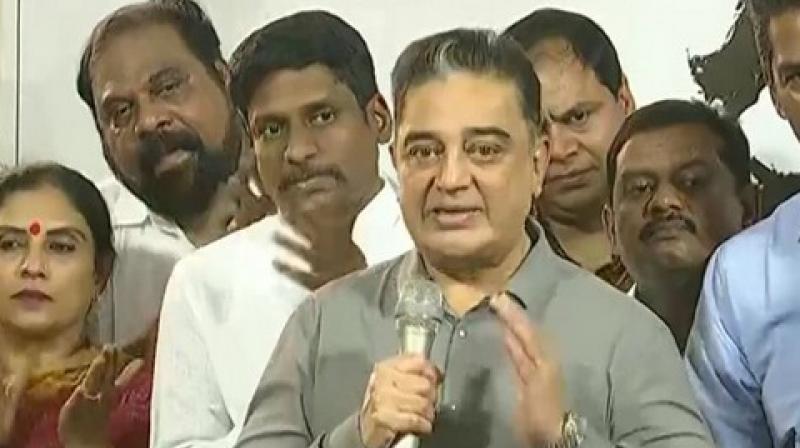 "My friend Rajinikanth and I are of same opinion that if need be, all hands should join together for sake of Tamil Nadu and we are no exception," said Hassan.

The leader said that he does not only want to do politics but make the state better. "That is our attitude and we mean it," he added.

The comments came a day after he said that his friendship with Rajinikanth was 44-year-old and hinted at joining hands with him for politics.

Similar views were echoed by Rajinikanth who stated that he was ready to come together with Haasan for the benefit of people.

"For the benefit of the people if there is a situation to form an alliance with Kamal Haasan, we will definitely come together," Rajinikanth had said.

Earlier, Hasan had also said that he and Rajinikanth have differing political views, yet they will always respect each other.