In 288 member assembly, the Congress and NCP would contest on 125 seats each. 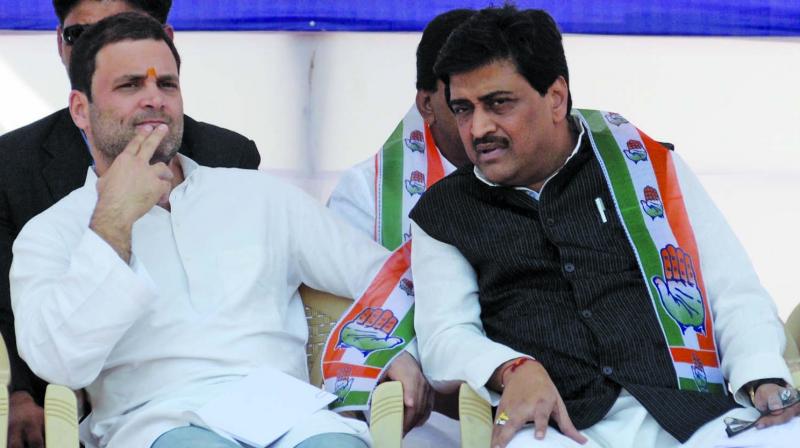 According to sources, Congress has shortlisted names of 104 candidates including two former chief ministers of the state -- Ashok Chavan and Prithviraj Chavan-- and state party chief Balasaheb Thorat. (Photo: File)

New Delhi: The Congress has started to grid up their lions ahead of the assembly elections in Maharashtra.

According to sources, Congress has shortlisted names of 104 candidates including two former chief ministers of the state -- Ashok Chavan and Prithviraj Chavan-- and state party chief Balasaheb Thorat.

According to reports, Several senior leaders would not be considered for the assembly polls. The leaders include Sushil Kumar Shinde, Milind Deora, Sanjay Nirupam and Nana Patole.

In 288 member assembly, the Congress and NCP would contest on 125 seats each, leaving 40 for smaller parties, including the Samajwadi Party, Swabhimani Shetkari Sanghatana of Raju Shetti and the Communist Party of India (CPI), Hindustan Times reported.

Congress leaders had ruled out any tie-up with the Vanchit Bahujan Aghadi (VBA). According to Congress leaders, aware with the developments, party's chief Prakash Ambedkar made an “unacceptable and unreasonable” demand. He sought the dissolution of the party’s long-standing alliance with the NCP.

On the other hand, the ruling alliance of the Bharatiya Janata Party (BJP) and the Shiv Sena are yet to fix their seat-sharing equation.

Recent times have witnessed several senior leaders from both Congress and NCP resigning to join the ruling Bharatiya Janata Party (BJP) and the Shiv Sena.

Party’s first list of candidates is expected to come after the election commission would release the poll dates for Maharashtra.

In 2014, the Congress and the NCP separately contested state polls after fighting it together for 15 consecutive years.

To supervise the election management in the state, the Congress on Thursday assigned different regions of the state to senior leaders.

Mukul Wasnik was asked to look after Vidarba, Mumbai region was assigned to Avinash Pande, Rajni Patil would be in-charge of Western and Konkan region, RC Khutnia would take care Northen Maharashtra and Rajeev Satav would administer Marathwada.