'BJP want to split the community and rule them. Such tactics will not work in Telangana,' he said. 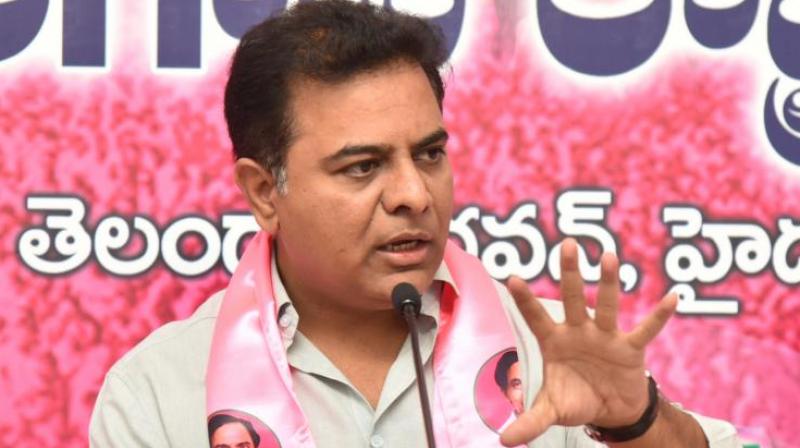 He alleged that the BJP leaders were day-dreaming of coming to power in Telangana. (Photo: File)

Hyderabad: Telangana Rashtra Samiti working president K T Rama Rao on Monday said that the BJP cannot play Karnataka-like dramas in Telangana, as the people of the state do not entertain its divide-and-rule politics.

According to Hindustan Times report, he alleged that the BJP leaders were day-dreaming of coming to power in Telangana. “The BJP leaders do not want peaceful co-existence of people of all religions. They want to split the community and rule them. Such tactics will not work in Telangana,” he said.

The TRS leader took strong exception to the allegations levelled by BJP national working president J P Naddai on Sunday. Addressing a rally in Hyderbabd, Nadda had said that BJP would “re-write the history in Telangana” as the party is confident of securing the state in BJP’s kitty by the year 2024.

KTR said the BJP working president had only read out the script prepared by the state party leaders.

He said, “It is ridiculous that Nadda talked about scam in Kaleshwaram project. Let him go back to Delhi and find out why central funding agencies had appreciated the project which was completed in a record period of three years. He should know why the NITI Aayog authorities had appreciated the project. Doesn’t he feel ashamed to make such wild allegations against the TRS government?”

Challenging the BJP President, Rao said that Nadda should show one single BJP-ruled state which was implementing welfare schemes akin to those being implemented in Telangana.