Governor Anandiben transferred to UP, Lalji Tandon replaces her in MP 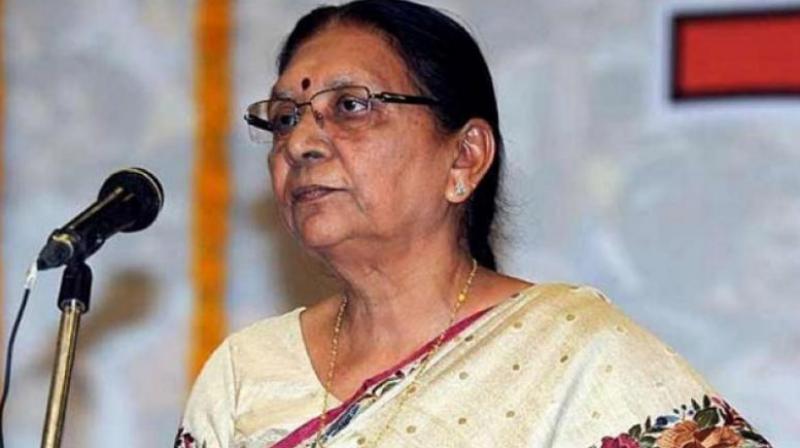 The President has approved the appointments of former Union Ministers Jagdeep Dhankhar and Ramesh Bais as Governors of West Bengal and Tripura.

"The appointments will take effect from the dates they assume charge of their respective offices," an official communique from Rashtrapati Bhavan said.

The Governor is appointed by the President as per Article 155 of the Constitution and holds office as long as he enjoys the confidence of the President.

Following the reshuffle, Anandiben Patel, a former Chief Minister of Gujarat will take charge of BJP ruled Uttar Pradesh. She will replace Ram Naik whose term comes to an end on July 24 this year. Naik was Cabinet Minister of Petroleum and Natural Gas in the government led by former Prime Minister Atal Bihari Vajpayee.

Dhankhar, a senior advocate, will replace Keshari Nath Tripathi as Governor of politically crucial West Bengal where Assembly polls are scheduled to be held in 2021.

The BJP and the ruling Trinamool Congress are at loggerheads in West Bengal, especially after the recent Lok Sabha polls. The state is witnessing political violence after BJP won 18 of the 42 Lok Sabha seats.

Tripathi's term comes to an end this July.

Fagu Chauhan, who hails from Azamgarh, is a senior BJP leader and an MLA from Ghosi. He was first elected from Ghosi in 1985 on a ticket from Dalit Kisan Mazdoor Party. He later joined the BJP.

He will take over from incumbent Governor Lalji Tandon who has been transferred and appointed as the Governor of Madhya Pradesh in place of Anandiben Patel.

Ramesh Bais, a BJP veteran from Chhattisgarh will replace Kaptan Singh Solanki as Governor of Tripura. Solanki's term comes to an end on July 27.
Bais represented Raipur Parliamentary constituency for a record seven terms and also served as a Union Minister in the Vajpayee government. He was also an MLA in undivided Madhya Pradesh.

In 2019 Lok Sabha polls, he was denied BJP ticket as the party had decided to give opportunities to new faces in all 11 Parliamentary seats after it suffered a major jolt in state Assembly polls.

Ravi, who has been appointed as Governor of Nagaland, is a 1976-batch Indian Police Service (IPS) officer of the Kerala cadre. He is also the government's interlocutor for ongoing talks with Naga insurgent group National Socialist Council of Nagaland (NSCN-IM) and the man shaping the Naga peace accord.

He has played a vital role in ensuring that insurgent groups from North East come to the talking table.

Ravi will replace Padmanabha Balakrishna Acharya who was holding additional charge of Manipur. He has been the Governor of Nagaland since July 2014.