Fifty-five seats in the Rajya Sabha fell vacant in April, to which 37 candidates were elected unopposed in March itself. 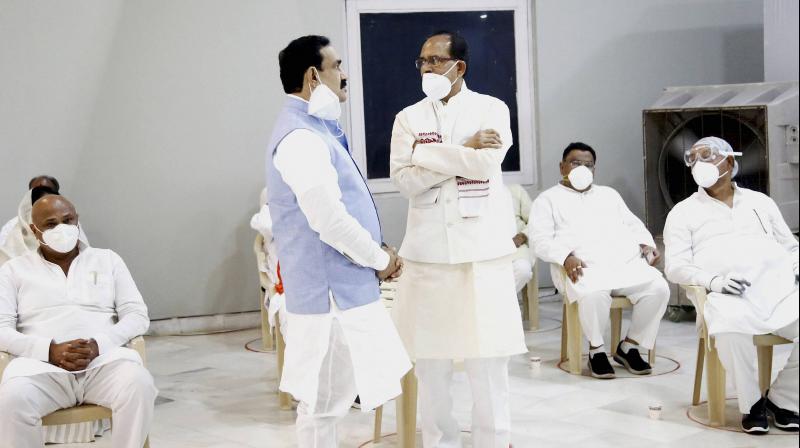 Fifty-five seats in the Rajya Sabha fell vacant in April, to which 37 candidates were elected unopposed in March itself.

Counting in Gujarat got delayed after the Congress lodged a complaint against the BJP and demanded two votes be countermanded. In Madhya Pradesh, Congress legislator Kunal Chaudhury, who had tested positive, cast his vote wearing a PPE suit.

With this, the BJP, that earlier had 75 members in the Upper House, raised its tally in the Rajya Sabha but the BJP-led NDA still remains short of the majority mark.

In Madhya Pradesh, where the Congress lost power to the BJP after the political
crisis engulfed it, the BJP won two seats - Scindia and Sumer Singh Solanki. The
Congress’ Digvijaya Singh was also elected. In Rajasthan, the Congress won two and the BJP seat. The Congress’ K.C. Venugopal and Neeraj Dangi and the BJP’s Rajendra Gehlot made it to the Upper House.