It is expected to be a stormy one as Oppn will raise many issues, including water crisis, which has crippled the state. 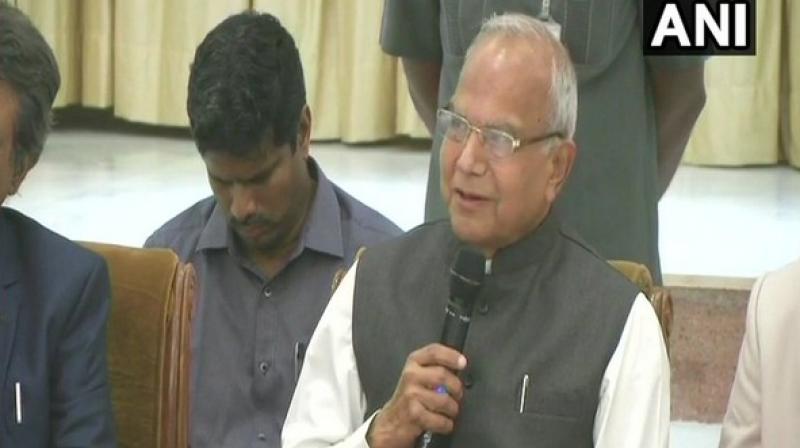 This will be the first session of the State Assembly after Lok Sabha elections and by-polls to 22 Assembly constituencies were held. (Photo: ANI)

Chennai: The first session of the Tamil Nadu Legislative Assembly will be convened on June 28, state Governor Banwarilal Purohit said on Thursday.

The session is scheduled to begin at 10 am, Purohit said in a statement.

This will be the first session of the State Assembly after Lok Sabha elections and by-polls to 22 Assembly constituencies were held.

The session is expected to be a stormy one as the Opposition will raise a host of issues, including water crisis, which has crippled Tamil Nadu, including its capital Chennai.

In the national elections, DMK-led alliance had won 37 out of 38 Lok Sabha seats in the state while ruling AIADMK suffered a rout, managing just one seat.

The DMK too made gains in the by-elections, winning 13 seats while the AIADMK garnered nine seats.

In the 234-member Assembly, AIADMK has 123 members, DMK 101 and Congress has eight members. The Indian Union Muslim League and independents have one member each.