He said that Karnataka Chief Minister H D Kumaraswamy had no interest in the state or welfare of the people. 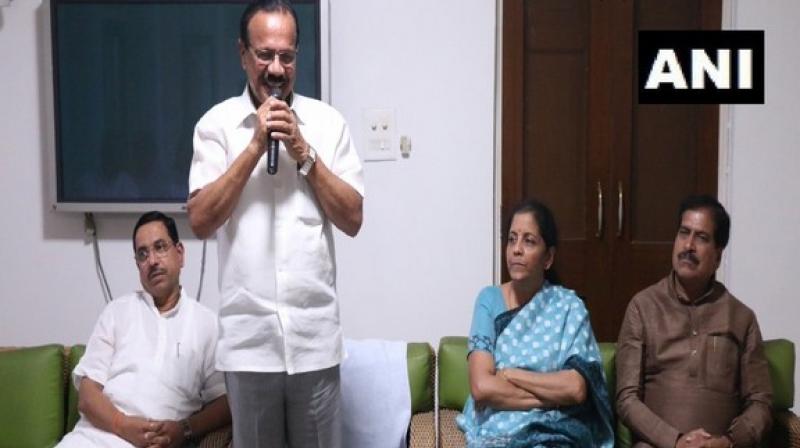 New Delhi: Union Minister D V Sadananda Gowda organised a meeting of all BJP members of Lok Sabha and Rajya Sabha from Karnataka to discuss the issues pertaining to the development of the state at his residence here on Wednesday evening.

Speaking to the media after the meeting, Gowda said, "We discussed to have a united approach towards the development of Karnataka. Issues related to Karnataka should be dealt with above political lines. We discuss the matter in detail."

"In future, we will take up the issues of Karnataka government to the Centre unitedly and unanimously and seek relief for the state," the minister added.

He said that Karnataka Chief Minister H D Kumaraswamy had no interest in the state or welfare of the people.