He said most of the agrarian states were hit by a severe water crisis, but the government's promise was 'merely superficial'. 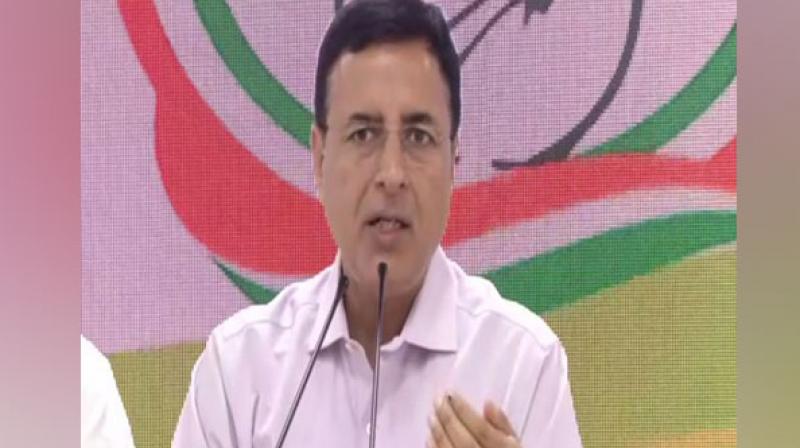 New Delhi: The Congress alleged on Thursday that the Bharatiya Janata Party-led government had a record of raising high expectations by making tall promises but not delivering anything and the president's address to a joint sitting of both houses of Parliament was the prime example of "a lot of intent founded upon sheer inaction".

Congress's chief spokesperson Randeep Surjewala said the unwritten convention of the BJP-led government was "action not matching its words".

"BJP Government's record is raise high expectations, tall promises and zero-sum delivery. Presidential address is the prime example of a lot of intent founded upon sheer inaction. The unwritten convention in BJP government is 'action not matching with its words'," he said on Twitter.

Pointing out that 74 soldiers were killed in Jammu and Kashmir in 2019 alone and 10 soldiers had sacrificed their lives over the last one week, Surjewala said national security was in peril and accused the Union home ministry and intelligence agencies of failing to prevent terror attacks in Anantnag and Pulwama.

"BJP Government disregarded honour of our veterans and ex-servicemen by converting 'One Rank, One Pension' to 'One Rank, Five Pensions'. BJP Government has yet not accorded Status of 'Shaheed' to martyred Paramilitary forces-who fight both terrorists & naxals. Intent founded upon inaction," he said.

In a series of tweets, the Congress leader said the country was staring at a severe water crisis and the NITI Aayog had said 40 per cent Indians would have no access to drinking water by 2030, while 21 cities would run out of groundwater.

He said most of the agrarian states were hit by a severe water crisis, but the government's promise was "merely superficial" and thus, "Intent is founded upon inaction."

The new education policy was pending for five years, the Congress leader said, adding that the average spending on education had been a pittance of 4.3 per cent of the Union Budget in the last five years.

"Presidential address again promises Doubling Farm Incomes. Doubling Farm Income till 2022 requires an Annual Agri Growth of 10.4 pc but in the past 5 years, Agri has grown by an average of just 2.9 pc. Farm income growth is 14 year low. Again, intent founded upon inaction," he said.