After the meeting, Haasan said, 'It was a formal courtesy meeting. We spoke about Tamil Nadu politics.' 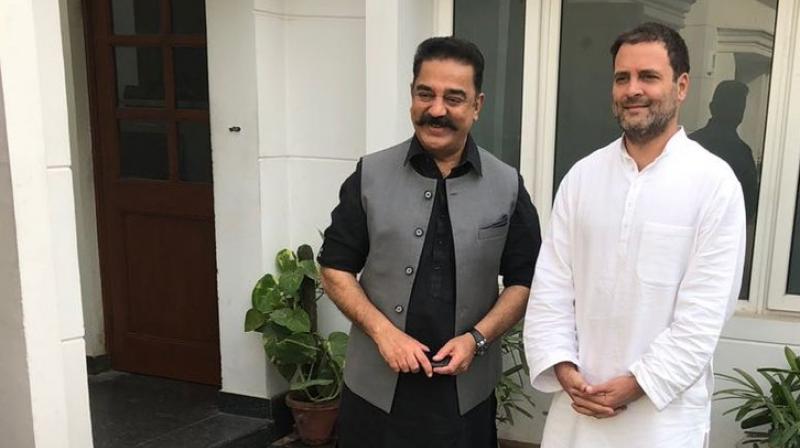 Speaking to media after the meeting, Haasan said, "It was a formal courtesy meeting. We spoke about Tamil Nadu politics."

Earlier in the day, Haasan visited Election Commission office in Delhi for the registration of his party Makkal Needhi Maiam.

"The EC had sought certain queries regarding our party. We have furnished all those details today. The EC has said that very soon, the recognition to the party will be given," Haasan said after meeting with Election Commission.

Haasan founded the party this year on February 21 to contest in Tamil Nadu's next assembly elections.