Oppn leaders have been targeting PM Modi for his visit to the temples stating that his action was clear violation of MCC. 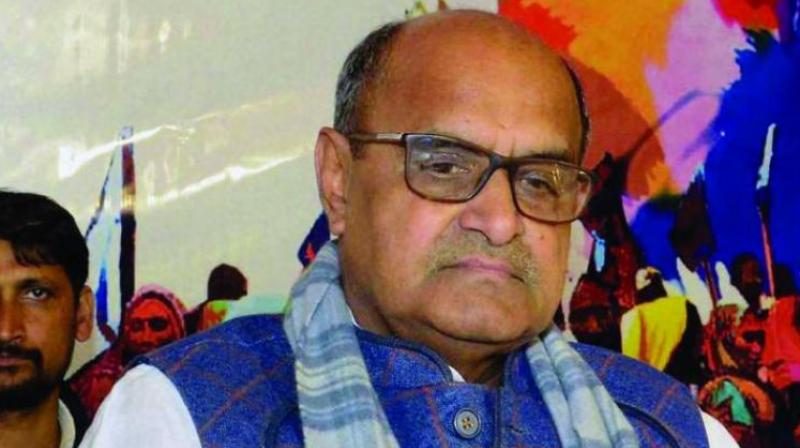 'PM Modi is a religious man. I do not see anything wrong if he performs his religious rites,' Tyagi said. (Photo: File)

New Delhi: Amid criticism over Prime Minister Narendra Modi's visit to Kedarnath and Badrinath temples in Uttarakhand, Janata Dal (United) leader, KC Tyagi asserted that he does not see anything wrong in it.

"PM Modi is a religious man. I do not see anything wrong if he performs his religious rites," Tyagi said.

Prime Minister Modi had on Saturday offered prayers at the Himalayan shrine of Kedarnath, a day after campaigning for the Lok Sabha polls came to a close.

After spending over 15 hours meditating inside a holy cave in Kedarnath, he visited Badrinath, another temple in Uttarakhand's revered ''Char Dham'' circuit the next day.

Since then, several opposition leaders have been targeting PM Modi for his visit to the temples, stating that his action was a clear violation of the Model Code of Conduct (MCC).

The JDU leader also contended that the incumbent government does not have any threat from the opposition parties and is set to come back to power with a big win.

When asked about Election Commissioner Ashok Lavasa's reported recusal from MCC meetings because his minority views were not being recorded, he said: "Difference within the Election Commission is a symbol of freedom and I welcome it."

Tyagi, however, also urged all political parties to press for the constitution of an "independent, autonomous and sovereign" Election Commission after the elections are over.

Commending the Election Commission for conducting peaceful elections in the country, he mounted a scathing attack on TMC and said that the party did not leave a single stone unturned in making allegations against PM Modi."They used defamatory language against the party as well," he added.