BJD will play a prominent role in govt formation at Centre: BJD spokesperson

Sasmit Patra is confident that BJD will form the govt for the 5th consecutive time in Odisha. 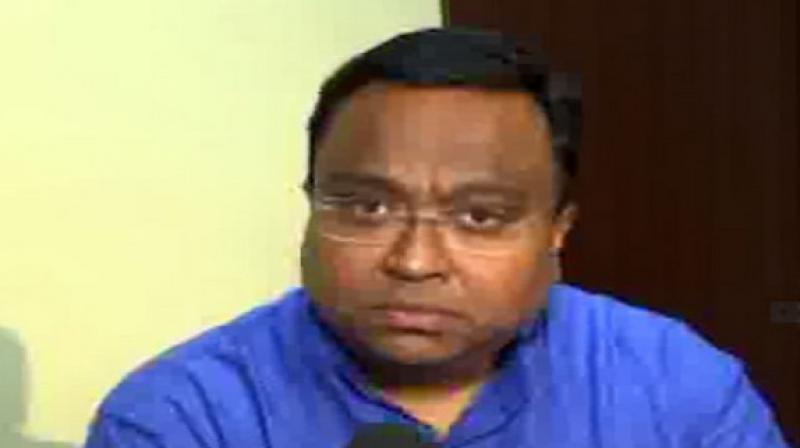 Bhubaneswar: BJD spokesperson Sasmit Patra on Sunday said that the Exit Polls would prove wrong and BJD would play a prominent role in the formation of government at the Centre.

"We are going to form the government for the fifth consecutive time in Odisha and also we will do very well in the Lok Sabha polls," he said.

"BJP is not going to get the majority. Let the result come on May 23 and BJP will fall short of a majority. BJD will play a prominent role," he said.

Elections for 21 Lok Sabha and 147 Assembly seats in Odisha was held in the first four phases of a seven-phased general election.

Exit polls on television channels on Sunday projected the BJP-led National Democratic Alliance (NDA) to retain power at the Centre with most of the pollsters giving Prime Minister Modi a clear majority again in the 543-member Lok Sabha.

CNN News 18-IPSOS exit poll gave the BJP and its allies the highest number of 336 seats with the saffron party on its own getting 276 seats, four more than it had won in the 2014 elections.

The United Progressive Alliance (UPA) is projected to get 82 seats of which the Congress will get 46, two more than it bagged in the last elections.

ABP-Nielsen poll projected 267 for the NDA, 127 for the UPA and 148 for 'Others'. Of the 'Others', the grand alliance in Uttar Pradesh is getting an estimated 50 seats.

Times Now-VMR projected 306 seats for the BJP and its allies, while Republic TV-C-Voter put it at one seat less.

In the Times Now poll, the UPA, including the Congress and its allies have been projected to get 132 seats, while 'Others' are likely to secure 104 seats. The halfway mark in the Lok Sabha is 272.