India   Politics  20 Apr 2019  To support my wife is my duty: Shatrughan Sinha on campaigning for Poonam Sinha
India, Politics

To support my wife is my duty: Shatrughan Sinha on campaigning for Poonam Sinha 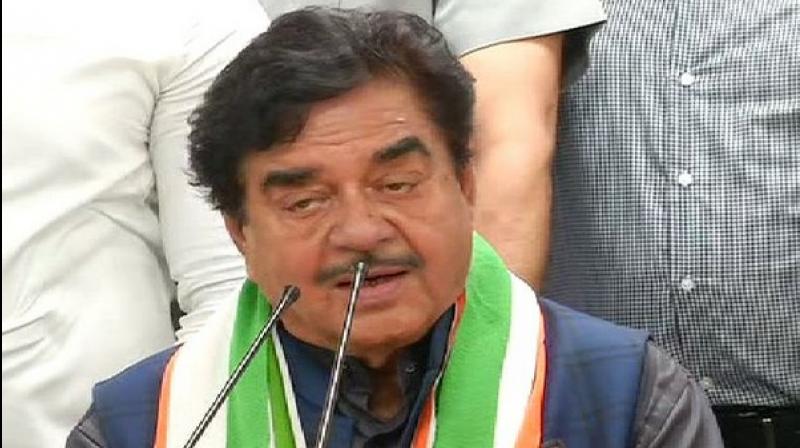 'Yesterday was a big and special day for my family as my better half, the graceful and radiant PoonamSinha embarked on a new chapter of her life. I stood by her as a dutiful husband.' (Photo: ANI)

New Delhi: Amid criticism for campaigning for his wife and Samajwadi Party (SP) candidate Poonam Sinha, Congress leader Shatrughan Sinha on Saturday said to support his wife is his duty as a husband.

"Yesterday was a big and special day for my family as my better half, the graceful and radiant #PoonamSinha embarked on a new chapter of her life. I stood by her as a dutiful husband amidst remarks of me crossing party lines to campaign for my wife. But my stance was very loud and clear," Sinha said on Twitter.

"I learnt that there was a mixed bag of reactions among people to my action. Some said I was behaving in my authoritative style as a star, others said that I did no wrong... as I said I will serve the people of Lucknow," he said in another tweet.

Pramod Krishnam, the Congress candidate for the Lucknow Lok Sabha seat, criticised Sinha and asked him to campaign for his own party.

"Shatrughan Sinha has come here and fulfilled his duty as a husband, but I would like to tell him that he should now campaign for his party and fulfil his political dharma," Krishnam said.

Sinha, on Friday, praised BSP-SP-RLD alliance in the state. "I have never seen such a powerful and huge gathering. This has been possible only through the blessings of Mulayam Singh Yadav, co-operation of BSP's Mayawati and hard work of RLD's Ajit Singh,” he said.

While praising SP chief Akhilesh Yadav, Sinha said, "Grand alliance has the power of youth with it and the example is Akhilesh Yadav, who is a youth icon not only in Uttar Pradesh but also throughout the country."

Congress is not being made a part of SP-BSP-RLD alliance. As per the seat-sharing agreement, SP is contesting on 37 seats while BSP is on 38. Three seats (Mathura, Muzaffarpur, and Baghpat) have been given to the RLD.

Sinha, who joined Congress after he was denied ticket from Patna Sahib Constituency in Bihar, will be contesting against BJP's Ravi Shankar Prasad.