LDF has come out with a slew of promises in its manifesto including 20 lakh jobs for the educated unemployed and 15,000 new start-ups 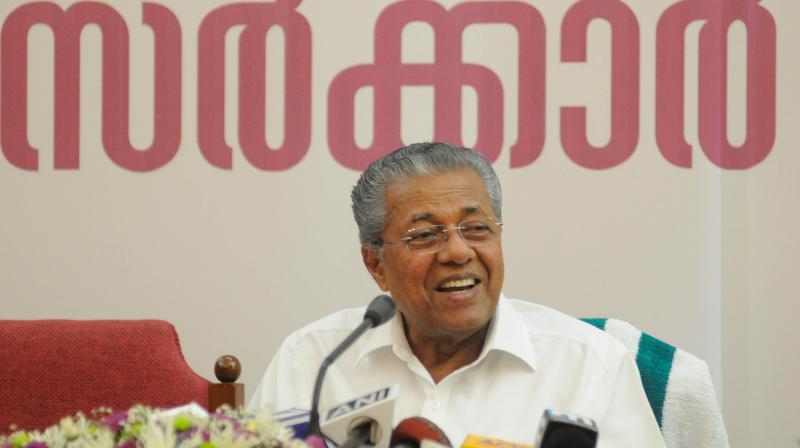 The state is scheduled to go to polls for the 140 member assembly in a single phase on April 6. (AA File Photo)

THIRUVANANTHAPURAM: The ruling Left Democratic Front (LDF) in Kerala, which is making an all-out effort to retain power in the forthcoming Assembly elections, has come out with a slew of promises in its manifesto including 20 lakh jobs for the educated unemployed, pension for home-makers, 15,000 new start-ups, a policy for transgenders and investment worth Rs 10,000 crore in the next five years.

The state is scheduled to go to polls for the 140 member assembly in a single phase on April  6.

The LDF promised to implement a pension scheme for home-makers in recognition of the importance of domestic chores. The scheme is also part of the Left Front’s objective of making Kerala a more women-friendly state. The LDF, however, did not give details of the amount of pension or any criteria for it.

Steps will be taken to increase farmers’ income by 50 per cent. The front has promised to increase social security pensions from Rs 1,600 to Rs 2,500 in a phased manner.

Without making any reference to the controversial Sabarimala issue, the LDF said it would protect the belief and faith of all religious groups and create an atmosphere where those who do not profess any religion can also live peacefully.

The focus will also be on socially backward sections. All scheduled caste and scheduled tribe families in the state would be provided a roof over their head in the next five years.  On the education front, the focus would be on government schools. While the state had an enrollment of 6.9 lakh new students in the government schools during its tenure, the LDF intends to increase the number to 10 lakh in the next five years by scaling up infrastructure and academic facilities.