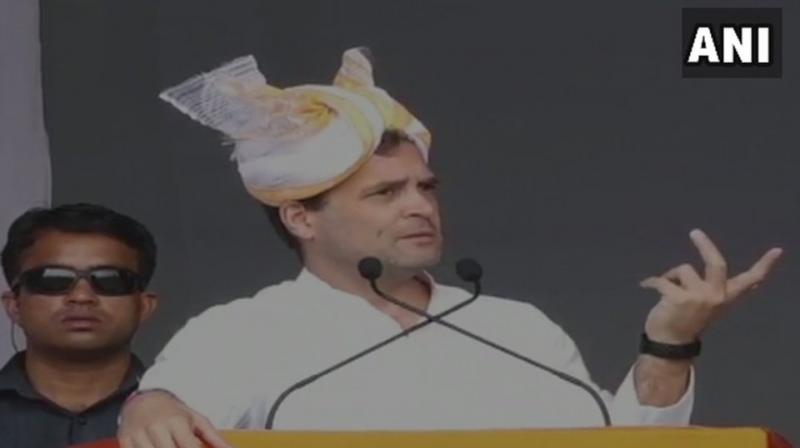 Rahul Gandhi also spoke about the controvery on the Vice Chancellor of Manipur. (Photo: ANI)

While addressing a public rally in Imphal, Manipur Rahul said, ''I am committing to you here that the Congress will defend your culture and history. We are not going to allow the Citizenship (Amendment) Bill to be passed.''

Alleging that PM Modi has drained his promise on the job in vain, Rahul said, "In 2018, PM Modi 'destroyed' 1 crore jobs, which showed the scale of his incompetence."

In an attempt to allure the voters of Manipur, he said, "Special status, industrial policy to be restored for Northeast if Congress voted to power."

Rahul Gandhi also spoke about the controversy on the Vice Chancellor (VC) of Manipur.

"Centre imposed VC on Manipur, his only qualification is he knows how to wear shorts, hold 'lathi' and spread hatred," said Congress President.

On Tuesday while interacting with the students of Manipur State Film Development Society in the state capital, Rahul said that Prime Minister Narendra Modi has relegated the Prime Minister Office (PMO) to a "Publicity Minister's Office" by indulging in "mediocrity" in a highly sophisticated country.