Priyanka Gandhi, others attack PM Modi over his blog on dynasty politics

The statement from Congress leaders came hours after Modi accused the opposition party of indulging in dynastic politics. 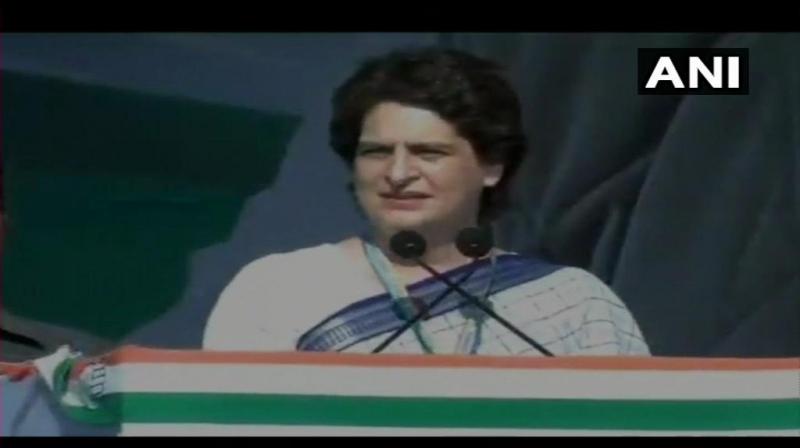 “BJP has systematically attacked every institution in the last five years including the media. The Prime Minister should stop thinking people are fools and understand that they see through this,” said Priyanka Gandhi.

However, Congress leader Tariq Anwar on Wednesday did not leave any stones unturned to attack PM Modi for his comments on dynastic politics.

"A person who does not have a progeny cannot take the legacy of the dynasty forward. In every corner of the world, be it any profession, legacy is taken forward by the people. Modi Ji does not have a successor in the family, which is why he is making such comments," said Anwar.

Senior Congress leader Kapil Sibal also hit back at Prime Minister Narendra Modi over his "dynastic politics" attack on the Congress, saying that the PM himself comes from the Sangh Parivar without whose blessings no one in the country can occupy any public position.

"What is the PM talking about? No one in the BJP can occupy any public position without the support of the RSS (Rashtriya Swayamsevak Sangh). The Sangh Parivar is the biggest parivar in the world. Without their blessings no one can hold any public position in the country, be it the position of a PM, a minister, governor or chief ministers," Sibal.

The statement from the Congress leader came hours after Prime Minister Modi attacked the Congress party accusing it of indulging in dynastic politics.

"The biggest casualty of the same (dynastic politics) are institutions. From the press to Parliament, from soldiers to free speech, from the Constitution to the courts, nothing is spared," wrote the Prime Minister in his blog.

With the Lok Sabha elections around the corner both BJP and Congress have intensified their attack on each other with the BJP often accusing the Rahul Gandhi-led Congress of promoting the Nehru-Gandhi family within the party.

"Dynastic parties have never been comfortable with a free and vibrant press. No wonder, the very first Constitutional Amendment brought in by the Congress government sought to curtail free speech. Speaking truth to power, which is the hallmark of a free press was seen as vulgar and indecent," the Prime Minister added.