India   Politics  20 Feb 2019  ‘No woman in Cabinet as they are at home’, says Telangana Minister; faces criticism
India, Politics

‘No woman in Cabinet as they are at home’, says Telangana Minister; faces criticism

Reddy, who was given the education portfolio, reportedly said that they are backing the TRS and are at home. 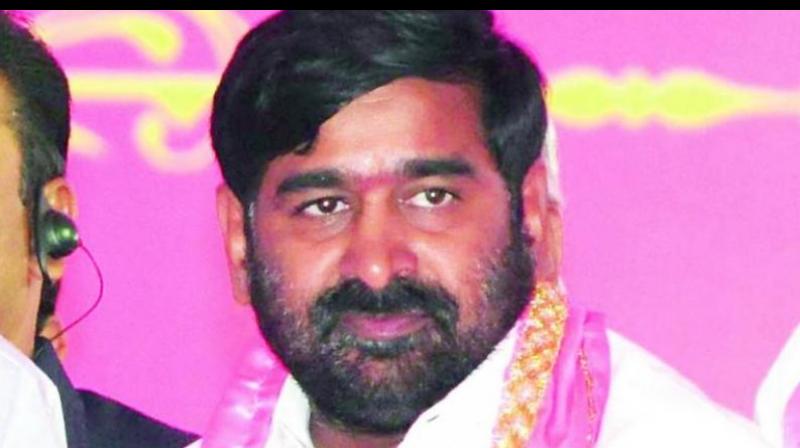 A newspaper also quoted him as saying on Tuesday that there should be no special consideration on gender, caste, religion or region basis except for merit in picking up persons for ministerial positions. (Photo: File)

Hyderabad (Telangana): Telangana Minister G Jagadish Reddy received backlash from his own party TRS and opposition leaders for reportedly saying that no woman got a ministerial berth in the state as they are “at home”.

Asked why no woman found a ministerial post in the Cabinet expansion on Tuesday, Reddy, who was given the education portfolio, reportedly said that they are backing the TRS and are at home.

A newspaper also quoted him as saying on Tuesday that there should be no special consideration on gender, caste, religion or region basis except for merit in picking up persons for ministerial positions.

Talking to ANI, TRS spokesperson Abid Rasool Khan said, "I strongly deny that any such remarks were made by any minister, and even if they have been made, the party does not stand by such remarks.”

He said, “TRS has the greatest respect for women leaders. In further induction of ministers which will be done in due course, I am sure that an important ministry would be handled by a woman in Telangana.”

Khan said, “Women support us. The schemes of the government are women-centric. We have also launched many programmes for the women empowerment."

Slamming Reddy, Nerella Sharada, TPCC Mahila-wing chief and All India Mahila Congress Secretary, alleged that the K Chandrashekar Rao (KCR)-led government is not doing enough for the uplift of women,

TRS is “only promoting” the Chief Minister's daughter Kavitha, she claimed.

"In India, we have 29 states and I don't think there is any state where we do not have a woman minister in the Cabinet, but in Telangana, it is a different scenario. For the past five years, the Mahila Congress has been demanding that at least one woman minister should be there. But except promoting the daughter of KCR, they are not doing anything for the women of the state," Sharada said.

"He (KCR) disrespects women all the time. He once distributed cheap sarees to women, we opposed it. He is not understanding the issue. I want KCR and Reddy to answer to my questions. Do you really feel that there are no women in Telangana who could hold the charge of a ministry? I feel women are capable of doing everything," she added.

Reacting to Reddy’s remarks, BJP spokesperson Kolli Madhavi said, "It is very unfortunate to see that we do not have a representation of women in the government. In the last four to five years, KCR did not give any priority to women. Women of Telangana do not want sarees or gifts, they want to be part of the decision making. In Telangana, we see that women are deprived.”

She said, “This government has a different attitude toward women. They have double standards. On the one side, they raise their voice for 33 per cent seats to women, they do not induct any woman in the Cabinet.”

Reddy had held the charge of the energy department in the previous KCR-led government.