In an earlier meeting with Akhilesh, Mulayam Singh is said to have presented 38 names to his son which he said cannot be overlooked. 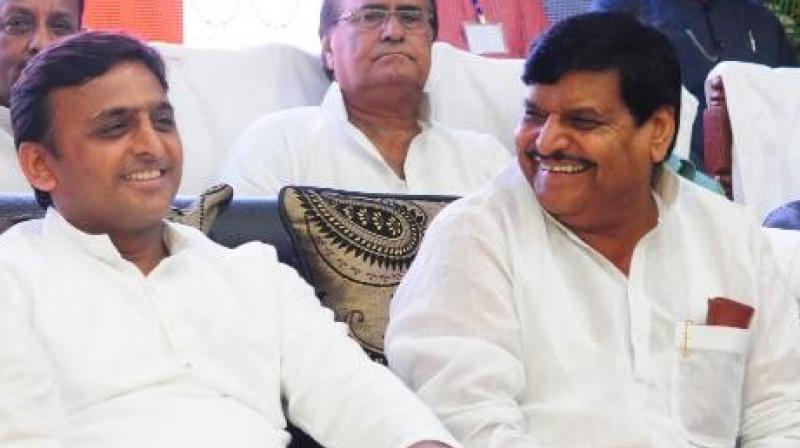 Lucknow: Shivpal Yadav, the warring uncle of Chief Minister Akhilesh Yadav, along with controversial UP minister Azam Khan has made it to the first list of 191 Samajwadi Party candidates released today for the Assembly elections.

The ruling party's first list of candidates covers the first three phases of the seven-phase polling beginning on February 11.

Shivpal Yadav will contest the elections from Jaswantnagar, the constituency sought for him by SP patriarch Mulayam Singh Yadav.

Azam Khan will contest from his traditional Rampur seat while his son Abdullah Azam has been given ticket from Swar seat (Rampur district).

The highlight of the list is inclusion of names of several Akhilesh loyalists who were left out in an earlier list of candidates that his father Mulayam Singh Yadav had released last month.

The inclusion of Shivpal in today's list of candidates indicates reconciliation between father and son.

A defiant Akhilesh had last month announced his own candidates after his father's list did not accommodate many of his key aides.

After the Election Commission's order on Monday recognising Akhilesh as SP president and granting him use of the party's 'bicycle' symbol, Mulayam had handed over to his son a list of 38 candidates that he wanted the party to field. Among them was Shivpal.

In the list of candidates declared today, 52 are Muslims and 18 women.

Though Akhilesh has taken care not to include controversial figures, still the list carries the name of Vijay Singh, who was the main accused in the murder of BSP leader Brahmdutt Dwivedi. He has been fielded from Farrukhabad.

Atiq Ahmed, a mafia-turned-politician, who had been given ticket by Shivpal from Kanpur Cantt, has been dropped and in his place Mohd Hasan Rumi has been given party ticket.

Akhilesh was upset over inclusion of Ahmed's name in the earlier list that bore the stamp of Mulayam and Shivpal. Atiq had yesterday told reporters that he would not contest the polls.

"I will not contest assembly polls. I know Akhileshji (Chief Minister Akhilesh Yadav) likes me...but then you (media) will ask him why a mafia has been given ticket," the former MP had said, adding he would work to strengthen the party and refrain from doing anything that will strengthen communal forces.

SP ticket to Atiq had invited criticism from BJP and BSP leaders, who said it was unfortunate for Uttar Pradesh that such people with criminal background were being given tickets.