A number of issues like the farm loan waiver, violent protests and bandhs by Dalit bodies among other things kept MP on tenterhooks. 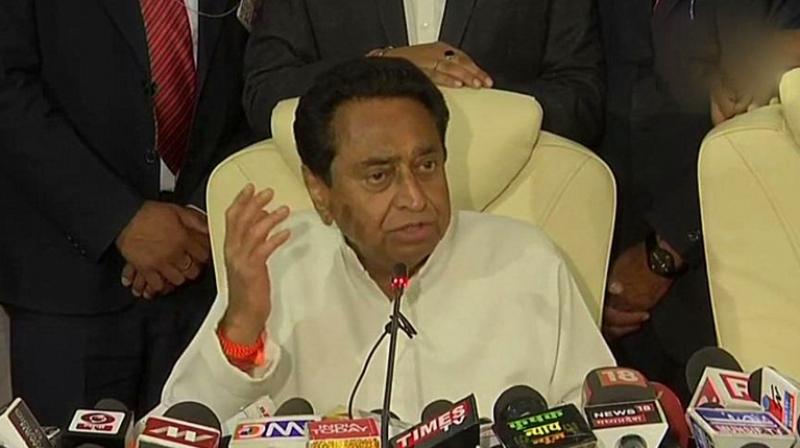 Bhopal: The Congress stormed to power in Madhya Pradesh after 15 years, while violent protests over dilution of the SC/ST (Prevention of Atrocities) Act kept the Hindi heartland state on tenterhooks during 2018.

The state witnessed hectic political activity before the Assembly polls which concluded with a nail-biting finish when Congress, after a see-saw battle with the BJP, emerged as the single largest party, with five seats more than the BJP.

Nath faces the challenge of putting the state economy, having borrowings of around Rs 1.60 lakh crore, back on track.

The year saw a setback for the BJP as its longest serving chief minister Shivraj Singh Chouhan was unseated.

In pre-poll surveys, Chouhan emerged more popular than Nath and Congress leader Jyotiraditya Scindia but this did not help the BJP retain power despite it getting 41.02 per cent votes as against Congress' 40.89 per cent in the state polls.

Till now, a party securing less vote share than its rival never came to power in the state.

On November 25, Shah stumbled and fell while alighting from a vehicle during his road show in Ashok Nagar district, but escaped unhurt.

The state witnessed violent protests in April after the Supreme Court on March 20 "diluted" provisions of the Scheduled Castes and the Scheduled Tribes (Prevention of Atrocities) Act, ruling that government servants should not be arrested without prior sanction and private citizens too, can be arrested only after an inquiry under the law.

Opposing the verdict, several Dalit bodies called for a nationwide strike in which violent incidents and blockades of roads and rail tracks were reported from several states.

Six people were killed in Madhya Pradesh during the bandh which witnessed clashes between police and protesters and incidents of arson.

It led to the birth of a new political party called 'SAPAKS'(Samanya Alpsankhyak Pichda Adivasi Varg Kalyan Samaj), which pocketed 0.4 per cent votes in the state polls, affecting prospects of other parties' candidates.

A few months before the polls, Chouhan's move to accord Minister of State (MoS) status to five seers drew sharp criticism from the Congress. Chouhan tried to justify his action, saying it was aimed at roping in all sections of society for public good.

The seers had earlier announced that they would take out a 'Narmada scam yatra' to expose corruption in the river cleanliness drive.

February brought good news for the Congress when it retained both Mungaoli and Kolaras Assembly seats in by-polls.

In June, farmers came out on streets in some parts of the state seeking remunerative price for their produce.

Former Union Minister Arjun Singh's wife Saroj Kumari (83) petitioned a local court in June seeking action against her son and then Leader of the Opposition Ajay Singh, who lost his traditional Churhat seat in the November assembly polls.

Congress leader Digvijay Singh filed a complaint in a court alleging that prosecuting agencies CBI and others were protecting then chief minister Chouhan, Union minister Uma Bharti and police officers in the scam.