The regional BJD has been growing by strength in successive assembly and Lok Sabha elections. 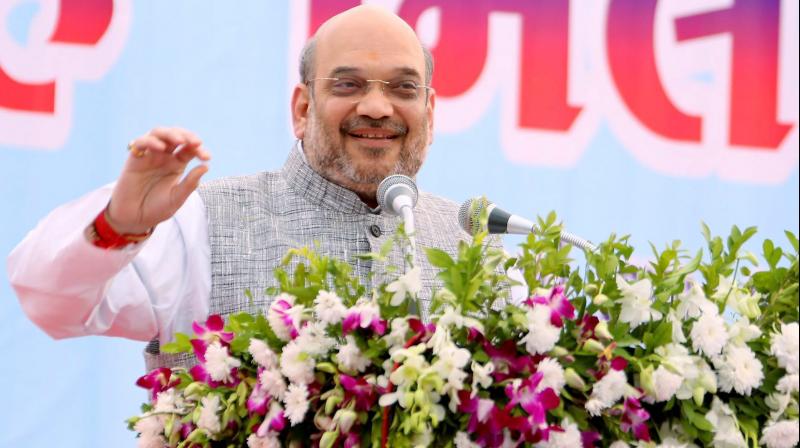 Bhubaneswar: Odisha state BJP unit is working overtime to make the November 25 Jana Jagaran Mahasamavesh rally of party president Amit Shah a great success. The rally is being seen in political circles as the saffron party’s show of strength exercise ahead of the crucial panchayat elections due early next year.

The BJP which until recently targeted both the BJD and Congress as its key rivals has of late dropped the latter completely from its list of opponents and, instead, has focused on the BJD as its key contender.

However, it’s not known if the BJP president will appease to the sentiments of the state leaders by launching a vociferous attack on chief minister Naveen Patnaik.

During his last Mahasangram rally in Bhubaneswar on January 6, 2015, Mr Shah spelt a complete silence among the one lakh-plus strong audience as he did not utter a single word against the chief minister. The rally which was christened as Mahasangram or great battle against the ruling BJD, ended now with a bang but with a whimper.

Organised then by the saffron party’s most efficient organiser Bijoy Mohapatra, Mahasangram rally aimed at waging a sustained battle against the ruling BJD by raising issues of corruption and irregularities in various sectors.

Although Prime Minister Narendra Modi have visited twice to Odisha after the Mahasangram rally and addressed two public meetings, - he has also not clearly spelt the BJP’s stand vis-à-vis the BJD.

With just 10 seats in the 147-member Odisha Assembly and one of the 21 Lok Sabha seats, the BJP which eyes major electoral gains in eastern India in the next general elections, the BJP seems to have not done much exercise after the Mahasangram rally to galvanise the party machinery.

The forthcoming Jana Jagaran rally of Mr Shah, according political experts, will at least give some indications about the party’s seriousness to taken on the BJD which has remained invincible in the last four assembly polls in 2000, 2004, 2009 and 2014.

In fact, the regional BJD has been growing by strength in successive assembly and Lok Sabha elections.