UP Congress set to pitch Priyanka Gandhi as trump card

The clamour for Priyanka Gandhi to campaign across the state was doing rounds for the past couple of months. 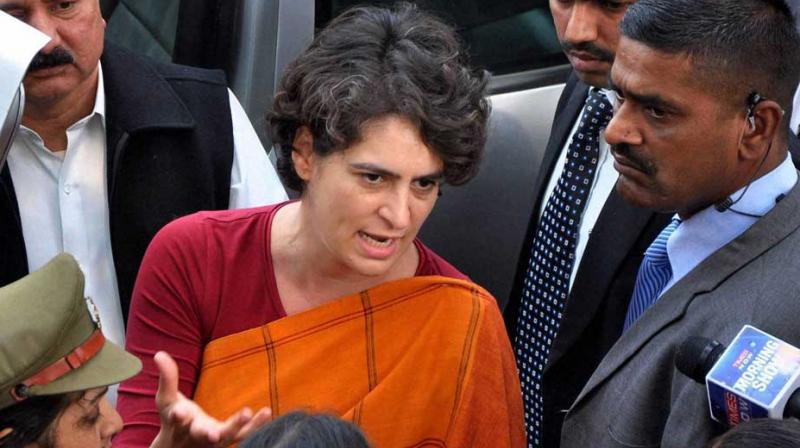 New Delhi: It is almost official now. The Congress is going to launch its trump card, Priyanka Gandhi, in the upcoming Assembly polls in Uttar Pradesh. As of now, her role is confined to Amethi and Rae Bareilly constituencies. For the past four months, there was speculation that she could campaign across the state but now decks are cleared for her to play a major role. She has been actively involved in all background meetings of the UP Congress.

UP campaign committee chief Sanjay Singh said, “Let things settle down first and once we finalise the name, she will definitely play a major role.” While UP Congress chief Raj Babbar said, “It has been decided that she will campaign for the party in UP, and she has agreed. So whenever we will get her schedule, we will use her time accordingly.”

The Congress had earlier allowed the party leaders to put up the pictures of Priyanka Gandhi in the party posters. On November 21, Congress president Sonia Gandhi, Congress vice-president Rahul Gandhi and Priyanka Gandhi are expected will visit Allahabad to inaugurate an exhibition of the centenary celebrations of former Prime Minister Indira Gandhi. The programme is scheduled in their ancestral house, Pandit Jawahar Lal Nehru Anand Bhawan. Leaders and delegations of Congress from several states will also be present.

The clamour for Priyanka Gandhi to campaign across the state was doing rounds for the past couple of months. One section of the party wanted her to actively campaign in the state, while the other section was against it, stating the party should wait for the 2019 Lok Sabha elections.