Restore Article 370 in J&K if you can: Amit Shah dares Rahul, Sharad

'Article 370 had become the gateway for terrorists in the last 70 years', Shah claimed. 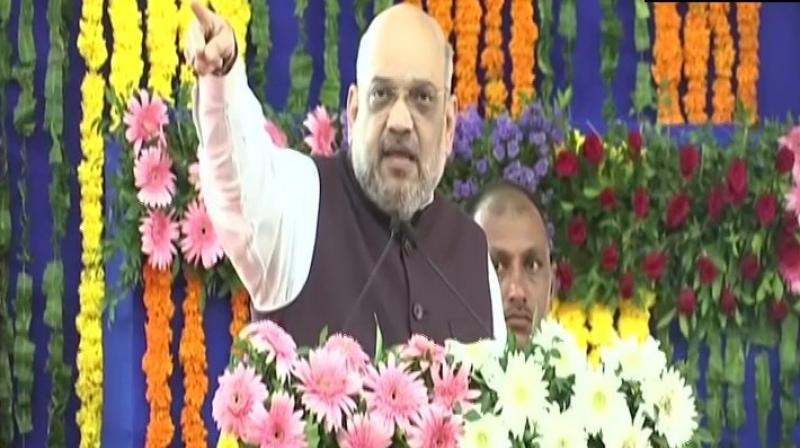 Addressing a poll rally in Rajura seat, Shah said the Congress, NCP and other opposition parties did not end provisions of Article 370 due to vote-bank politics. (Photo: File)

Addressing a poll rally in Rajura seat, Shah said the Congress, NCP and other opposition parties did not end provisions of Article 370 due to vote-bank politics.

Article 370 had become the "gateway for terrorists" in the last 70 years, leading to 40,000 killings in Jammu and Kashmir, he claimed.

He said the Narendra Modi government was elected with a bigger mandate in 2019 because people had full faith in his leadership and development works carried out by the centre.

"I am throwing a direct challenge to Rahul Gandhi and Sharad Pawar to restore Article 370 in Jammu and Kashmir after coming to power," he said.

He said the Congress, despite ruling the country for "70 years", had done nothing for Adivasis and Other Backward Classes, while the BJP government at the centre had launched a slew of schemes for their welfare.

Vote for the BJP as it stood for development, while parties like Congress and NCP were centered around families he said.