Congress vice-president Rahul Gandhi had declared in a rally in Mandi that Singh would be the party’s choice for the CM. 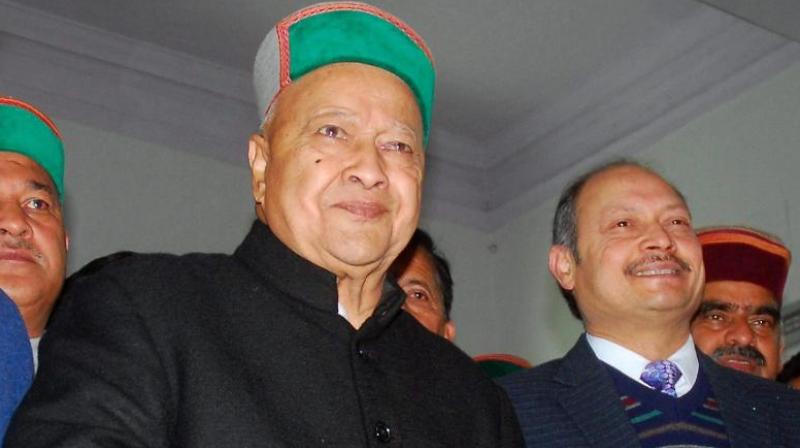 New Delhi: The Congress on Wednesday released a list of 59 candidates for the upcoming Himachal Pradesh Assembly polls.

Significantly, chief minister Virbadhra Singh has changed his seat from Shimla (rural) to Arki in Solan district. However, his seat — Shimla (rural) — has been kept pending by the Central Election Committee of the party .

Sitting MLAs Asha Kumari, who is in-charge of Punjab, and G.S. Bali have been repeated by the Congress

State unit chief Sukhvinder Singh Sukhu, who has been at constant loggerheads with the chief minister, has been denied a ticket so far. After initial hiccups, the Congress high command has put its weight behind chief minister Virbhadra Singh.

Congress vice-president Rahul Gandhi had declared in a rally in Mandi that Mr Singh would be the party’s choice for the CM. If the Congress wins, it would be his seventh term as the chief minister.

The state goes to the polls on November 9 and results will be announced on December 18. The BJP, the main Opposition party in the state, has declared candidates for all Assembly seats.