‘Working on it’: FM Nirmala Sitharaman’s retorts to questions from industry

Sitharaman justified her presence at the event to ban e-cigarettes that gave rise to speculation about steps to support growth. 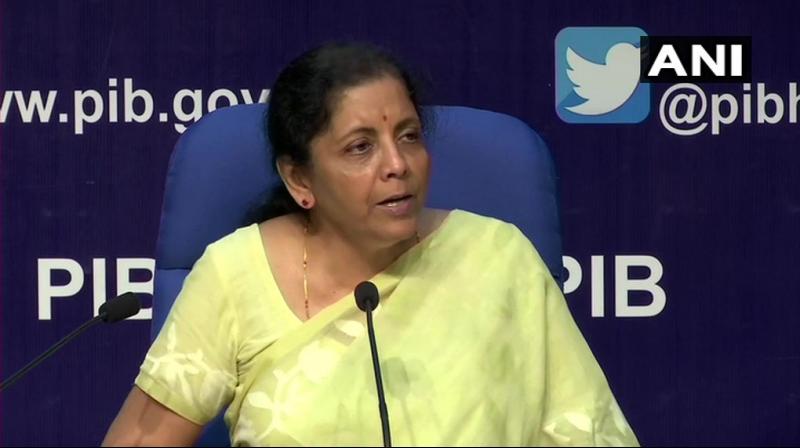 Sitharaman, who took over as finance minister in May, is scheduled meet the heads of public sector banks in Delhi on Thursday. (Photo: ANI)

New Delhi: “I have been working on it,” Finance Minister Nirmala Sitharaman tweeted in response to a corporate leader’s dig over the purported lack of fiscal measures to revive economy, reported Hindustan Times.

“As Finance Minister — you might’ve observed — I’ve been working on and regularly speaking about measures we’ve been taking on matters of the economy,” Sitharaman said on Twitter, responding to Kiran Mazumdar-Shaw, chairperson of Biocon Ltd, the drug-making company. Shaw had earlier asked why the finance minister and not the health minister was addressing a press conference on ban on e-cigarettes in India.

In the first of a series of tweets, Sitharaman justified her presence at the event that had given rise to speculation about more steps to support growth.

“Kiran ji, a few things. This press conference was dedicated to Cabinet decisions. I began by saying that I was there in my capacity as Chair of the GoM which has dealt with the matter. @drharshvardhan is out of country for an international meet,” she wrote.

Sitharaman, who took over as finance minister in May, is scheduled meet the heads of public sector banks in Delhi on Thursday.

The government last month announced the merger of 10 public sector banks (PSBs) into four strong lenders with countrywide networks and global reach to boost credit and revive economic growth in the nation’s bid to become a five trillion dollar economy in the next five years.

The government has in recent weeks announced some steps to arrest the economic slowdown, including enhancing access to credit for small businesses, announcing a push for realty sector and imports. Auto industry, one of the worst hit sectors, has also been seeking a fillip in terms of tax relaxation.