Karnataka-style politics won't play out in Telangana: KTR to BJP

KTR compared the BJP-ruled states with Telangana and challenged BJP to implement welfare schemes akin to that of Telangana. 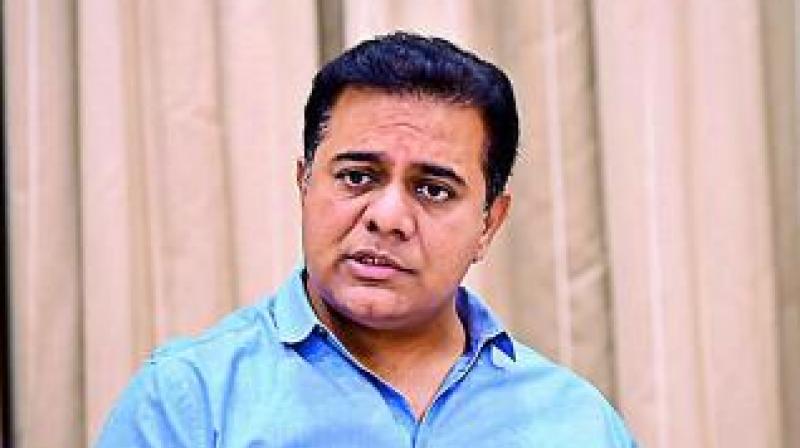 Popularly known as KTR, Rama Rao, alleged that the BJP was day-dreaming of ruling Telangana. “The BJP leaders do not want peaceful co-existence of people of all religions. They want to split the community and rule them. Such tactics will not work in Telangana,” he said.

His comments came after BJP working president J P Nadda carried out a door-to-door membership drive in the state. Nadda also addressed a public rally in Hyderabad on August 18. Claiming that the BJP will prove victorious in the state elections due in 2024, he said “BJP will re-write the history in Telangana”.

“It is ridiculous that Nadda talked about scam in Kaleshwaram project. Let him go back to Delhi and find out why central funding agencies had appreciated the project which was completed in a record period of three years. He should know why the Niti Aayog authorities had appreciated the project. Doesn’t he feel ashamed to make such wild allegations against the TRS government?” Rao said.

“Nadda said the people were unhappy with the misrule of the KCR government. If that is the case, how could the TRS win nearly 100 out of 119 seats in the assembly elections?” KTR asked.

KTR asked the BJP to prove the allegations of corruption. “Otherwise, people will teach them a fitting lesson,” he said.

No state is implementing round-the-clock, free power supply to the agriculture sector. No state has schemes like Mission Bhagiratha and Mission Kakatiya. Now, the Centre and some BJP-ruled states have started copying our schemes,” he asserted.

Bhagiratha is a scheme guaranteeing piped drinking water supply to every household and Mission Kakatiya is a scheme for restoration of tank irrigation.