Defectors should be banned from holding public office for 5 years, fighting next poll: Sibal 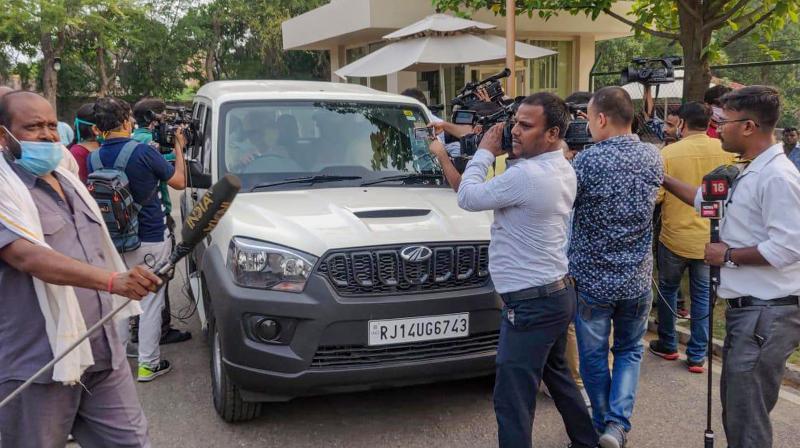 New Delhi: Amid the political firestorm in Rajasthan following Sachin Pilot's rebellion, senior Congress leader Kapil Sibal on Sunday called for amending the anti-defection law to ban all defectors from holding public office for five years and fighting the next election.

Sibal also said that the "antibodies" against the "virus of corrupt means" to topple elected governments lie in amending the Tenth Schedule of the Constitution (anti-defection law).

His attack comes in the wake of Pilot's open rebellion against the Ashok Gehlot government, which has been on shaky ground since, with at least 18 legislators backing the rebel leader.

Pilot was sacked as deputy chief minister and the state Congress chief earlier this week.

The Congress has accused the BJP of making efforts to topple the Gehlot government by indulging in horse-trading.

"Need for Vaccine: Virus of 'corrupt means' to topple elected governments has spread through a 'Wuhan like facility' in Delhi," Sibal tweeted, in an apparent swipe at the BJP.

"Its 'antibodies' lie in amending the Tenth Schedule. Ban all defectors from: Holding public office for five years, fighting the next election," he said.

Taking a swipe at Pilot over his claim that he is not joining the BJP, Sibal on Thursday had asked what happens to his "ghar wapsi" and whether Rajasthan's dissident legislators are vacationing in Haryana under the "watchful eye" of the saffron party.

In the house of 200, the Congress has 107 MLAs, including the 19 dissidents who have been issued notices of disqualification by the speaker and they have challenged them in the high court.

The Congress has maintained the claim that the Gehlot government has the support of 109 MLAs, including the two BTP MLAs.