If things materialise, Aaditya would be the first from the Thackeray family to contest electoral politics. 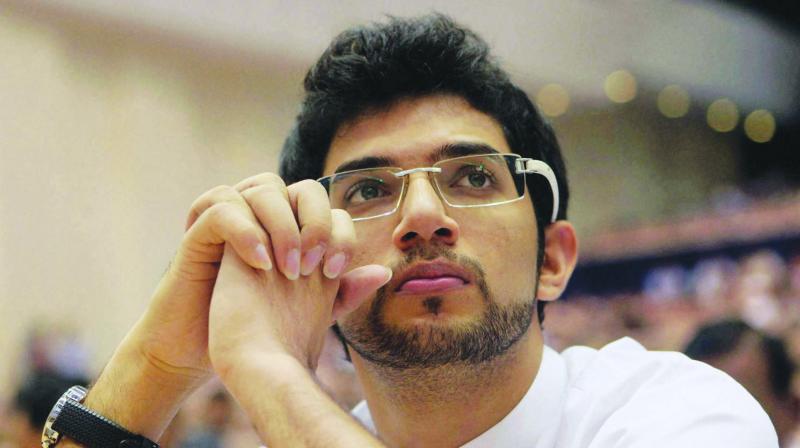 The first time Sena leaders officially projected the leader as the party’s choice. The announcement has come shortly after he started his ‘Jan Ashirwad Daura’ from Jalgaon, Hindustan Times reported. Thackeray, the chief of Yuva Sena, has said that his tour is not for any political gains.

“Jan Ashirvad Yatra is not a tour for elections; it is not a tour to get any post, or for me to become something, but this tour is to build a new Maharashtra. This is the moment, an opportunity to build a new Maharashtra. I am going to visit all villages, whether it is Sena’s bastion or not. The tour is to take the saffron flag to every house in the state, but it is not to seek votes. I consider this to be my tirth yatra (pilgrimage),” Thackeray said in his speech.

This, however, may not go down well with the coalition partner BJP as its national secretary Saroj Pandey said that the next chief minister would be from the BJP. Aaditya has been called “the party’s as well the people’s choice for the post of CM” by the Sena leader Sanjay Raut and Sena MLA Kishor Patil.

“The saffron flag will fly over the Vidhan Sabha, and then nothing can stop our Yuva Sena chief Aaditya Thackeray from becoming the chief minister,” Hindustan Times quoted Patil, Sena MLA from Pachora, said.

If things materialise, Aaditya would be the first from the Thackeray family to contest electoral politics. As per the party sources, he may contest from the Worli or Sewri assembly segment.

The tour is considered as Sena’s plan to drum up support for itself in the constituencies where it has little or marginal presence.

Thackeray’s tour comes ahead of CM Devendra Fadnavis’s ‘development yatra’, wherein he will tour all 288 constituencies of the state, ahead of the polls.

Post the 2014 state elections, the Sena lost its ‘big brother’ status to the BJP in the height of the ‘Modi wave’. The two parties are in an alliance for the 2019 state elections, but the Sena wants to consolidate its numbers and gain maximum seats so as to seek better portfolios.