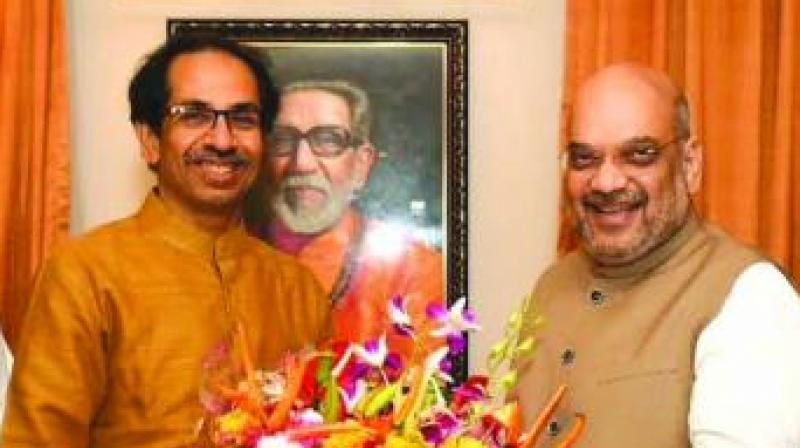 Mumbai: Day ahead of the no-confidence motion in the Lok Sabha, BJP ally in Maharashtra, Shiv Sena, today said that it will vote against the motion. The party has issued a whip for its lawmakers, directing them to support NDA government.

Earlier, senior Shiv Sena leader Sanjay Raut said that Uddhav Thackeray would take the final call on whether the party will support the BJP during the no-trust vote tomorrow.

On Wednesday, Lok Sabha Speaker Sumitra Mahajan accepted the Opposition no-confidence motion and agreed for a debate followed by vote on Friday.

The CPI(M), CPM, RSP and the Samajwadi Party have already supported the no-confidence motion, officially moved by the Telugu Desam Party (TDP).

The BJP is confident that it has more than adequate lawmakers on its side.

The NDA expects to get be supported by at least 314 MPs in the lower house, which has an effective strength of 535 members. The list, however, does not include Speaker Sumitra Mahajan, who is also a BJP MP. The majority mark is 268.