Kharge said he will not attend meeting of selection committee till the time Rahul Gandhi is accorded a full-fledged member of the panel. 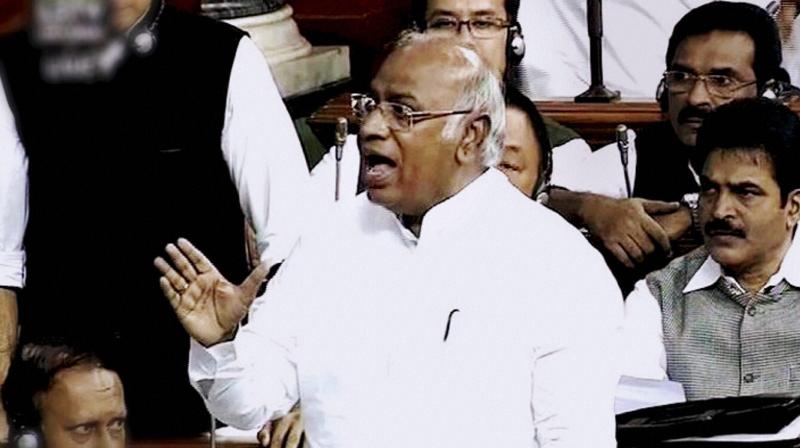 Kharge had on earlier occasions too had boycotted meetings of the panel on the same ground. (Photo: PTI | file)

New Delhi: Leader of Congress in the Lok Sabha Mallikarjun Kharge on Thursday wrote to Prime Minister Narendra Modi saying he will not attend a meeting of the selection committee for appointment of Lokpal till the time the leader of the single largest opposition party is accorded a full-fledged member of the panel.

The meeting is scheduled for Thursday evening.

Kharge had on earlier occasions too had boycotted meetings of the panel on the same ground.

In his letter to Modi, he referred to previous letters in this regard saying these have remained unacknowledged and unaddressed.

"Under these circumstances, I must once again respectfully inform that I would not be able to attend the meeting of the selection committee until the leader of the single largest opposition party is conferred the status of a full-fledged member as envisioned in the Lokpal Act 2013.

He objected to him being invited as a 'special invitee' and said that the government was well aware that there is no such provision under section 4 of the Act.

"It has been four years since your government came to power and if the government was indeed sincere about including the voice of the Opposition in this process, it could have brought the necessary amendment to ensure the same," he said.