Without vision document one nation, one poll is a mere slogan: AAP

Chadha said indeed, this precept applies not merely to states but the Centre as well. 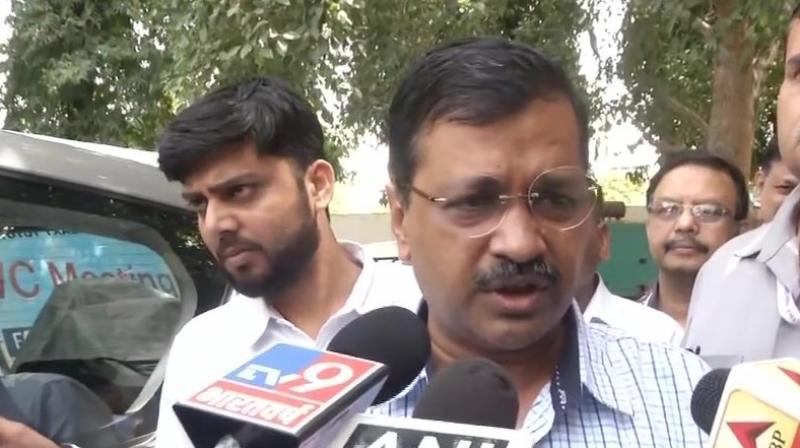 In a letter to Parliamentary Affairs Minister Prahalad Joshi, AAP national Spokesperson Raghav Chadha said there are various concerns on the issue and sought a vision document or a white paper on it so that an informed discussion can take place. (Image: ANI)

New Delhi: Deciding not to attend the government meeting on 'one nation, one election' concept, the Aam Aadmi Party (AAP) on Wednesday said without a comprehensive vision document, the idea would merely be a slogan.

In a letter to Parliamentary Affairs Minister Prahalad Joshi, AAP national Spokesperson Raghav Chadha said there are various concerns on the issue and sought a vision document or a white paper on it so that an informed discussion can take place.

"We note with concern the lack of vision document, policy draft or white paper on the proposed concept of 'one nation, one poll' or 'simultaneous polls'...in the absence of a clear basis/vision, it would be futile for any political party to comment on the merits or the demerits of a proposal such as this. Presently, it is merely a slogan; one that has been debated on television based on the subjective and personal understanding of commentators and news anchors," he said.

The AAP raised some questions on one nation, one poll concept, saying, "As the law stands, if a government chooses to dissolve itself, or loses its majority, the Governor, acting on behalf of the President of the Republic, will be obliged either to call upon another party/coalition to form the government, or must perforce call for fresh elections. Under a 'simultaneous elections' regime, whether by an amendment to the statue or by mere design, will the people of the state have to wait till the Lok Sabha elections to get another democratically elected state assembly?

"What if the waiting period is one or two years or more; is the State expected to be beholden to the Union government for elections to its State? Surely you would appreciate that such a situation goes against the very grain of political autonomy under our federal structure."

Chadha said it hardly needs observing that keeping a moribund assembly in a state of suspended animation while the governor rules the state, obviously under the guidance from the Centre, until the next predetermined election dates roll around, is anathema to the democratic spirit of the Constitution.

"It is inconsistent with the basic tenets of Parliamentary democracy, which are grounded in a government gaining legitimacy from one election to the next by being able to prove its majority," he said.

Chadha said indeed, this precept applies not merely to states but the Centre as well.

"Were one to suppose a Union government losing its majority during the five-year electoral cycle, presently, either a new government will be formed, or the President will call for fresh elections if no party/group is able to demonstrate its majority.

"However, does the 'simultaneous polls' regime expect the Republic to remain under president's rule for the remaining duration of five year period under the advice of a council of ministers drawn presumably from a defunct Lok Sabha? Or would the state legislatures be expected to be dissolved so as to call for fresh elections despite having the confidence of its citizens? We feel compelled to term such a situation as a constitutional oligarchy if that. It will certainly not be Parliamentary democracy."