In fact the governor is learnt to have said that if required, the prevailing situation could even be validated through external sources. 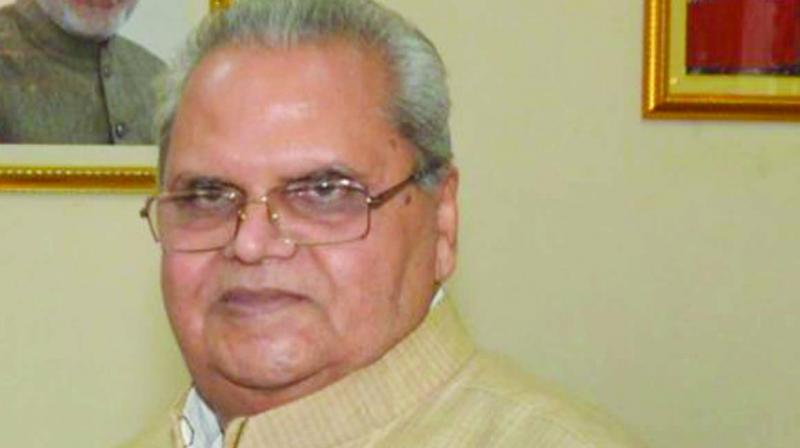 New Delhi: The law and order situation in the troubled state of Jammu and Kashmir (J&K) is relatively in control as the number of terrorists who have surrendered has gone up in recent times. The extremists are also “frustrated” as they are no longer getting local support. This is how the J&K governor Satya Pal Malik is said to have summed up the prevailing situation in the state before the Prime Minister and all chief ministers during the governing council meeting of Niti Aayog on June 15.

The meeting was held under the leadership of Mr Narendra Modi, who is the chairperson of Niti Aayog and chief ministers as well as governors of almost all states had participated in it.

Sources privy to developments said that Mr Malik, who was allowed to intervene during the meeting by defence minister Rajnath Singh (who was moderating the proceedings), underlined the need to revive tourism and economy in the state.

He is said to have told the high profile gathering that despite threats of boycott by terrorists and separatists, Panchayat elections were held successfully in the state.

In fact the governor is learnt to have said that if required, the prevailing situation could even be validated through external sources.

J&K is under President’s Rule since June 20, 2018, after the BJP had withdrawn support to the PDP-led coalition government. Last week, the Union Cabinet had recommended extension of President’s Rule for another six months.

Giving an overall perspective of the law and order situation in the country, Home minister Amit Shah presented figures related to incidents of terror and violence during the meeting.

He is said to have indicated that the overall crime rate and casualties in terror incidents have relatively come down in the past five years.

The minister said that a conference of state home ministers would be convened after the budget session of Parliament, sources informed further.

The J&K governor told the Niti Aayog governing council that terrorists have surrendered before the authorities in greater numbers as they are no longer getting local support from the people, and this has increased their level of frustration.

Apart from Mr Malik, finance minister Nirmala Sitharaman was also allowed to intervene during the meeting.

She is learnt to have informed the chief ministers, who were seeking greater devolution of funds from the Centre, that since 2014 states have been getting much more in terms of funds than ever before.