‘I'll soon be holding a review meeting regarding the suspicions on Lord's jewellery safety, suspicions must be cleared soon,’ Srinivas said. 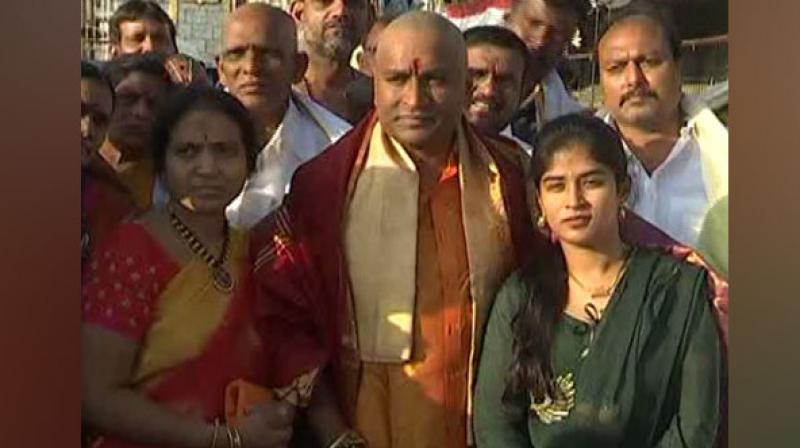 He also told about the on-going issues regarding the hereditary priests which will be resolved soon. (Photo: ANI)

After offering prayers, Srinivas interacted with media and said, "I'll soon be holding a review meeting regarding the suspicions on Lord's jewellery safety, these suspicions must be cleared soon."

"Tirumala Tirupati Devasthanams (TTD) Trust Board chairman and members deployed by the previous government have still not resigned. So, the cabinet has decided to remove the board members through an ordinance and constitute a new trust board soon" he added.

He also told about the on-going issues regarding the hereditary priests which will be resolved soon.

An inquiry will be held regarding the shifting of gold jewellery, and if the allegations turn out to be true, strict actions will be taken against the responsible authorities, as told by Srinivas.