Opposition parties will meet on June 22 to decide on fielding a consensus candidate for the prez election which is slated for July 17. 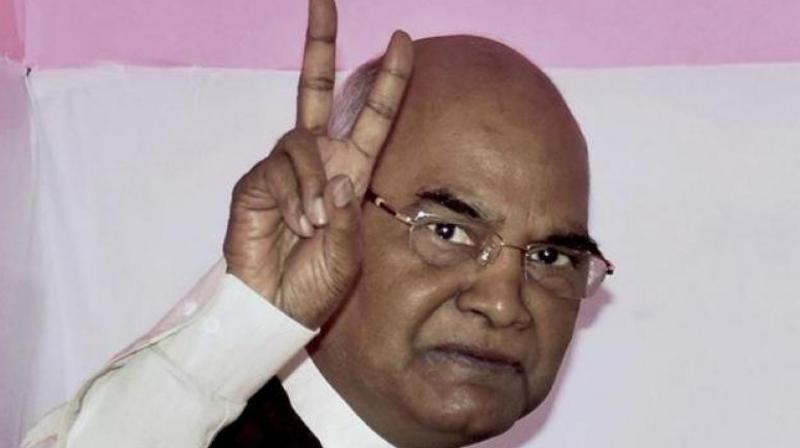 Criticising the decision of NDA over the presidential candidate West Bengal Chief Minister and Trinamool Congress Supremo Mamata Banerjee said, “There are other big Dalit leaders in India. He (Ram Nath Kovind) was leader of Dalit Morcha of BJP, so they have made him candidate.”

Mamata Banerjee also said that someone of the stature of Sushma Swaraj or LK Advani should have been the presidential nominee.

CPI national secretary D Raja said Union ministers Rajnath Singh and M Venkaiah Naidu, who were part of the BJP's three-member panel formed to hold discussions and build a consensus on a presidential candidate, had not propose any name.

"Now, they have named a person with RSS background. We are against it, but we will have to discuss the issue within the CPI and with other opposition parties. A meeting will be held soon to discuss the same," he said.

Playing a safe card, Bahujan Samaj Party chief Mayawati said, “As he (Ram Nath Kovind) is a Dalit we are positive on his name, but only if opposition doesn't announce a popular dalit name.”

She added that her party is also of opinion that it would have been better if NDA had named some non-political Dalit person as President nominee.

Meanwhile, opposition parties will meet on June 22 to decide on fielding a consensus candidate for the presidential election which is slated for July 17.

Senior Congress leader Ghulam Nabi Azad said the decision was taken without consensus. Azad said, “During the meeting, senior leaders of the Bharatiya Janata Party (BJP) had said that they will inform us before any announcement for a consensus, but they informed us after taking the decision. The Centre apprised the senior leaders, Congress president Sonia Gandhi and Manmohan Singh about the announcement over phone after taking the decision. So, there is no question of mutual consent. We didn't expect this from them.”

Refuting to comment on NDA’s decision of naming Ram Nath Kovind as their presidential candidate, Azad said, “The Congress party doesn't want to comment on the name of the candidate announced by the NDA government. We only want to say that we had expected that before they take the final decision on the candidate, they will come back to us and other political parties to build a consensus first. But that doesn't happen,"

Samajwadi Party leader Naresh Agarwal said, “The parties (opposition) will meet and decide whether or not to field a consensus opposition candidate for the July 17 presidential election.”

He added that, “We have suggested two names for the post. One was of (RSS chief) Mohan Bhagwat. If they had a problem with that, we wanted (eminent agriculturist) M S Swaminathan. But since they have chosen some other name, the party will convey to the BJP our decision soon." Raut said.

In a telephonic conversation from Prime Minister Narendra Modi, TDP president and Andhra Pradesh Chief Minister N Chandrababu Naidu said, "You have chosen a right candidate for the top post. An intellectual with high values belonging to the Dalit community is very apt in all respects for the president's post.”

Bihar Chief Minister Nitish Kumar expressed his happiness over the selection of Ram Nath Kovind as the NDA’s presidential candidate.