Congress goes all out to woo farmers 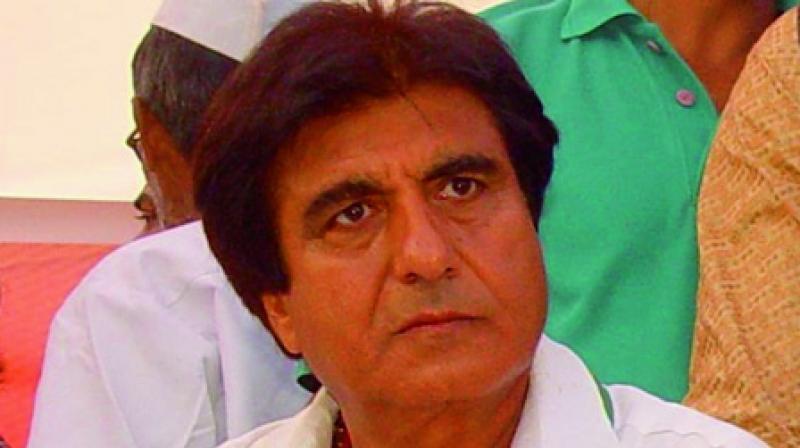 New Delhi: While Congress vice-president Rahul Gandhi is travelling abroad to meet his grandmother the Congress is going all out to woo farmers. In a bid to cash in on the agrarian crisis, the party is organising farmer rallies in the states of Rajasthan, Uttar Pradesh and Madhya Pradesh.

Uttar Pradesh unit chief of Congress Raj Babbar said, “There are 75 districts in the state and we will be travelling to each district to lend supports to farmers in the time of crisis. Rahulji has instructed us to raise the issue of farmers’ suffering.”

Even after the announcement of the farm loan waiver by the Yogi Adityanath government in Uttar Pradesh, the Congress feels that the condition of farmers has not improved. Hence, the party leaders want stand with the farmers and organise agitations as a build up to the Monsoon Session of Parliament.

In Madhya Pradesh, Lok Sabha MPs Kamal Nath and Jyotiraditya Scindhia are already on the ground taking on the state government. Mr Nath is also engaging with the farmers’ organisations working at the grass-root level in the state. Since the NDA had promised production cost plus 50% as minimum support price (MSP) to farmers, but the same is not being met. The Congress also alleges that the state procurement agencies are working hand in glove with private players and the farmers are not even getting their MSP.

In Rajasthan, state unit chief Sachin Pilot is already addressing several rallies against the state government. According to the Congress, since the BJP government came to power in the state there have been almost 91 cases of farmer suicides.

Former chief minister and AICC general secretary Ashok Gehlot is also addressing rallies across the state in a bid to put pressure on the BJP government. Since Gujarat is a bordering state to Rajasthan and Madhya Pradesh, the Congress also hopes to galvanise the farmers support against the BJP government.

The thinking in the Congress is that while the BJP is capturing the airwaves and prime time it should be seen standing with the farmer at the grass-root level. The momentum will only increase as the Monsoon Session of Parliament nears.

The Congress is also planning to work closely with other Opposition parties to corner the government on farmers’ issues in the Monsoon Session.