Navjot Kaur said that she had asked Singh to start asking for performance report of MLAs and MPs in the state to bring them on track. 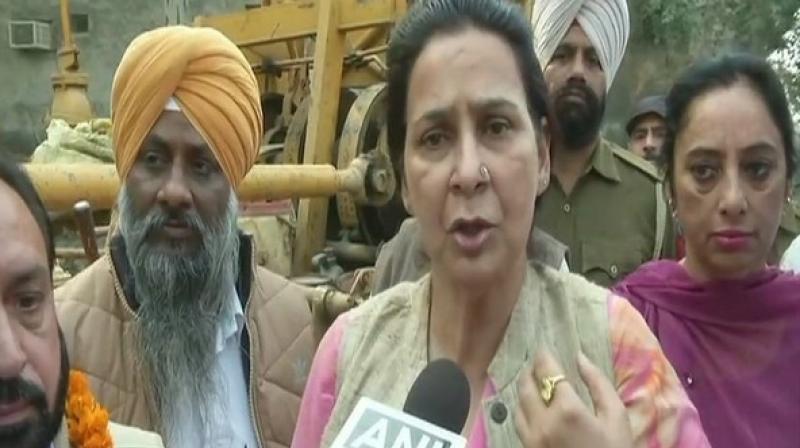 Justifying her statement, Navjot Kaur said that she had asked Amarinder Singh to start asking for performance report of MLAs and MPs in the state to bring them on track but the Chief Minister failed to do so.

She further said that if Congress was wiped out of the state then this means that the voters were not happy with the work done by Captain Amarinder Singh led government in the state.

"He should resign. It has been two years. I have always asked the Chief Minister to start taking the performance report of MLAs and MPs as it will benefit the state. If people did not vote in our favour that this directly means that our performance is not upright and we fail to deliver. Otherwise, if we have worked hard then naturally we will get a clean sweep in the state," Navjot Kaur said on Amarinder Singh's comment that he would resign from the CM post if Congress fails to win in the state in these Lok Sabha elections.

On May 17, Amarinder Singh said that he will "accept responsibility and resign" if the Congress party does not perform well in the Lok Sabha elections in Punjab.

On being asked to respond on her statement that she was denied ticket, she said, "I still campaigned for the party after being denied ticket. From last three months, I have not even took one Sunday off. We are working on party's ideology and to benefit the party."

Amarinder Singh returned as chief minister of Punjab in 2017 after a decade rule of Akali Dal (SAD) and Bharatiya Janata Party (BJP).

Punjab witnesses polling for its Lok Sabha seats on May 19. The counting of votes will take place on May 23.