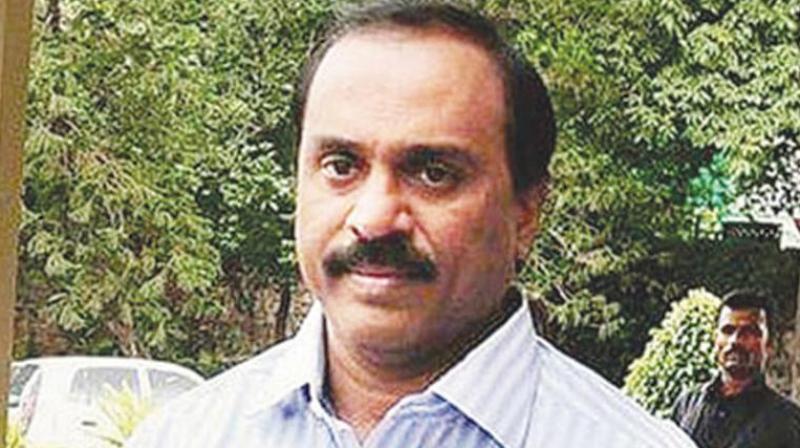 Bengaluru: As the BJP desperately tries to make up the numbers it needs to win Saturday’s crucial floor test for the survival of the two-day-old Yeddyurappa government, in a sensational turn of events, senior Congress leader V.S. Ugrappa on Friday releas-ed an audio clip allegedly of mining baron-turned-politician Gali Janardhana Reddy trying to lure a Congress MLA by offering to make him minister and telling him he “can make 100 times more money” this way.

Speaking to reporters here, Mr Ugrappa charged BJP national president Amit Shah and Prime Minister Narendra Modi with having dual standards on corruption and staging “a drama” of keeping Mr Reddy away from their party affairs. “Mr Shah should explain his stand on Mr Reddy,” he demanded, referring to the audio clip in which Mr Reddy is allegedly heard speaking to Raichur Rural MLA Basangouda Daddal, a leader of the Valmiki community. Mr Daddal was previously a member of the Badavara Shramikara Raithara (BSR) Congress, the party floated by Mr Reddy’s confidante B. Sriramulu in 2011 after the split in the BJP over the mining scam.

While the man, who appears to be the mining baron, repeatedly claims he will arrange a one-one-one meeting for the MLA with the party’s national president, in the audio clip, Mr Daddal can be heard saying he cannot switch sides now as the Congress gave him a chance when he was at his lowest after leaving the BSR Congress.

But “Mr Reddy” insists the bad times are over, and the good times are here. “There is no doubt that you have lost a lot by believing in us. But I am telling you, you will grow a 100 times more,” he adds persuasively.