Vote in favour of BJP if you want to destroy Muslims: BJP leader

BJP leader asked people to vote for BJP in the ongoing polls or else, 'get ready to face consequences if you do not vote for the BJP.' 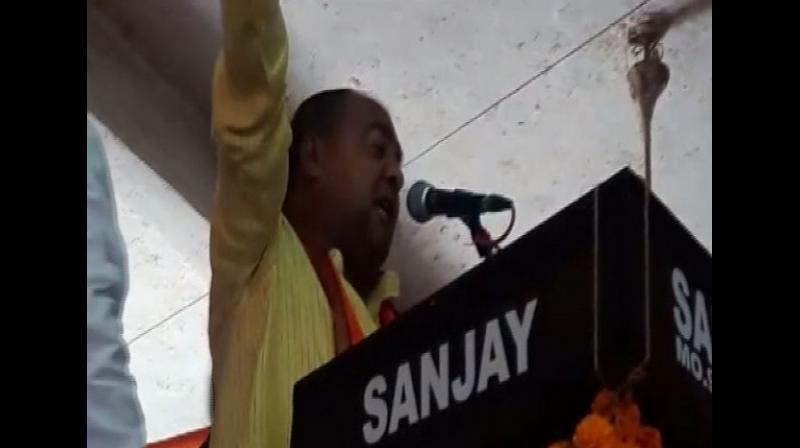 Barabanki: The Bharatiya Janata Party (BJP) leader Ranjeet Bahadur Srivastava on Thursday brewed a fresh controversy by asking voters to cast their ballot in favour of Prime Minister Narendra Modi if they want to destroy Muslims.

"In the past five years, Prime Minister Narendra Modi has made attempts to break the morale of the Muslims. Vote for PM Modi if you want to destroy the breed of Muslims. Despite partition, the Muslim population is increasing in the country and soon they will able to get the grip on the power through voting," he said while addressing a gathering in Barabanki, Uttar Pradesh.

Voting for the second phase of the Lok Sabha elections in Uttar Pradesh concluded at 5 pm with a turnout of 67.55 per cent on Thursday. The remaining 64 seats will go to polls in the next five phases of elections. The counting of votes will take place on May 23.