Senior Congress leaders of the district also met Mr Gandhi and apprised him about the local politics. 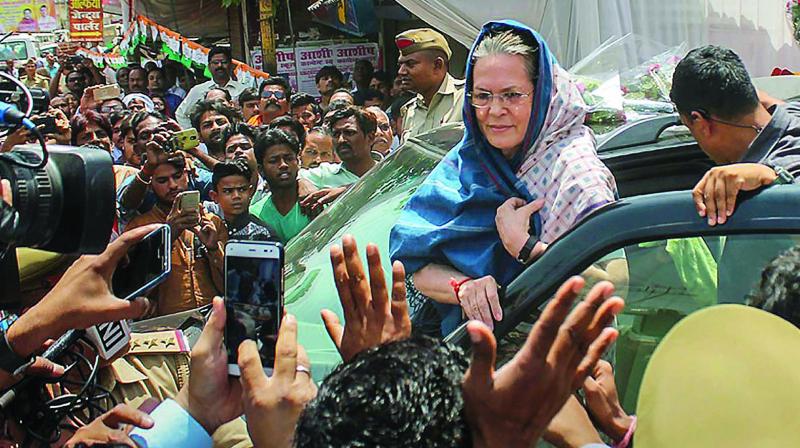 Lucknow: Congress president Rahul Gandhi and UPA chairperson Mrs Sonia Gandhi held a Janata Darshan at the Bhue Mau guest house in Rae Bareli and listened to the problems of the people in Amethi and Rae Bareli.

Senior Congress leaders of the district also met Mr Gandhi and apprised him about the local politics.

Interestingly a number of cars with a BJP flag were seen lined up outside the Bhue Mau guest house.

These rebels Congress leaders are slated to join the BJP during a rally in the district on April 21, which will be addressed by BJP president Amit Shah and chief minister Yogi Adityanath.

Later, Mrs Gandhi inaugurated a Passport Sewa centre at the head post office premises and attended the District Development Coordination Monitoring Committee at the collectorate in her constituency. Mr Rahul Gandhi held a chaupal in Salon assembly segment where he interacted with the local people and inquired about their problems.

Mr Gandhi visited the homes of a number of people and spent time with the children of a government school in the vicinity.