Among the 10, eight are first-time MLAs and all of them took the oath in Punjabi 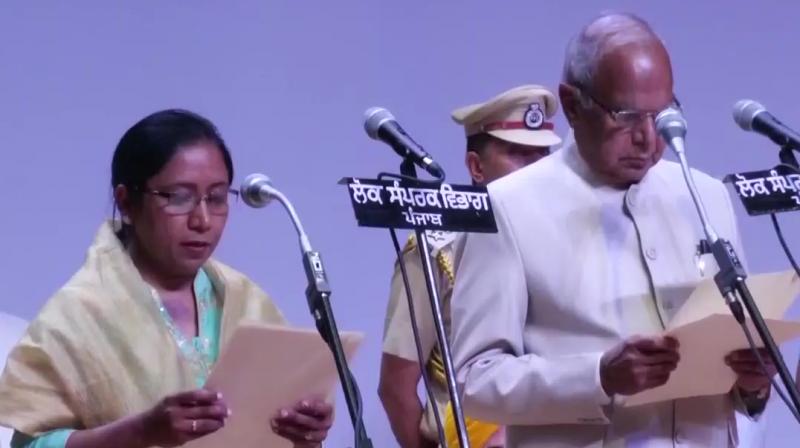 Chandigarh: Ten AAP MLAs were inducted in the Bhagwant Mann-led Cabinet in Punjab here on Saturday.

Governor Banwarilal Purohit administered the oath of office and secrecy to the ministers at Punjab Bhawan here.

Among the 10, eight are first-time MLAs. All of them took the oath in Punjabi.

There are 18 berths in the cabinet, including the chief minister.

Punjab Governor had on Wednesday administered the oath of office and secrecy to Bhagwant Mann, who was sworn in as chief minister at Khatkar Kalan, the ancestral village of freedom fighter Bhagat Singh.