The country’s youth yearn for employment, but Modi has denied them their due refusing to give the Rafale contract to HAL. 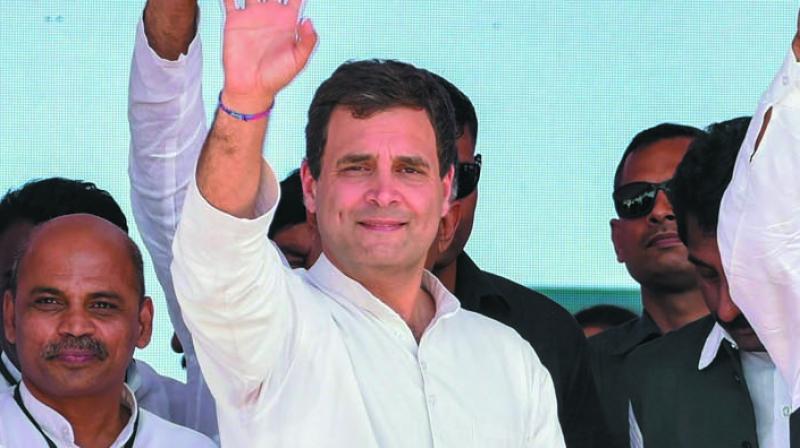 KALABURAGI: Taking strong exception to the “Main Bhi Chowkidar” campaign launched by Prime Minister Narendra Modi, Congress President Rahul Gandhi on Monday expressed his resentment at Mr Modi describing people in the whole of the country,  chowkidars after his ‘theft’ was exposed following the Rafale deal.

The BJP has started its “Main Bhi Chowkidar” campaign with Prime Minister Modi and other BJP leaders prefixing the word chowkidar to their names in their twitter profiles as they sought people’s support in the Lok Sabha election while urging people from different walks of life to turn chowkidars and do their bit for the country.

“Earlier when Mr Modi was chosen prime minister, he called himself  chowkidar. But after his theft came to light in the Rafale deal, he started calling all people of the country chowkidars. He is not the chowkidar of the common people, but the chowkidar of big industrialists such as Anil Ambani, Vijay Mallya and Nirav Modi”, Mr Gandhi commented while addressing the Parivartana Rally here.

Describing the Rafale fighter jet deal as the biggest defence deal, Mr Gandhi alleged that Mr Modi had “directly put Rs 30,000 crore into the account of industrialist Mr Anil Ambani via the deal. The country’s youth yearn for employment, but Mr Modi has denied them their due  refusing to give the Rafale contract to HAL. A prominent newspaper through its articles has proved that the chowkidar is indeed a thief as he allowed parallel negotiations to be held with the French company manufacturing Rafale”, Mr Gandhi remarked.

The Congress chief made a scathing attack on the PM for trying to bring in ”one man rule” in the country through various steps including “winding up the Constitution”.