The land-locked state witnessed an indefinite economic blockade by UNC since November 1, 2016. 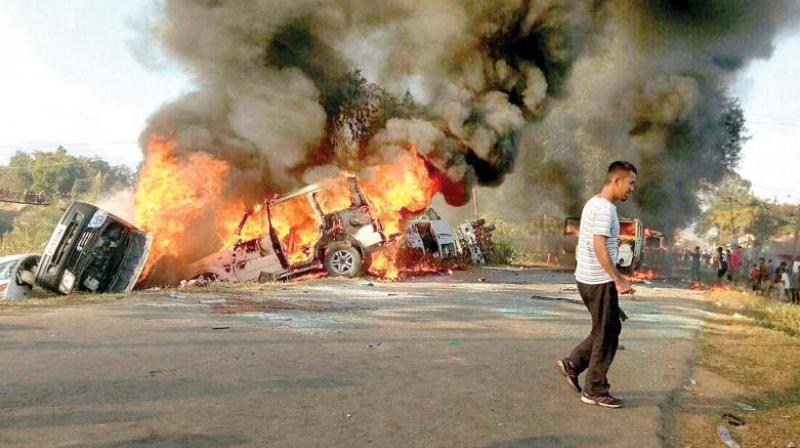 The land-locked state witnessed an indefinite economic blockade by UNC since November 1, 2016 against the state government's decision to create seven new districts by bifurcating the existing ones and upgradation of Sadar Hills to a full-fledged district.

Former Manipur chief minister Okram Ibobi Singh had said on February that he was ready for tripartite talks with the UNC to end the crippling three-month-long economic blockade. He had also accused the BJP of having a "tacit understanding with the UNC" and said the saffron party's "gameplan" will fail in the March elections.

In December, Nagaland Chief Minister TR Zeliang had also sought the intervention of both the Centre and Manipur government in securing the lives and property of Naga people in the Imphal valley of Manipur.