Lalu Yadav, Sushil Kumar Modi in a Twitter banter over UP CM's swearing-in

Lalu's response came after the BJP leader took a jibe at him by saying that Lalu is in a state of shock by Adityanath's Chief Ministership. 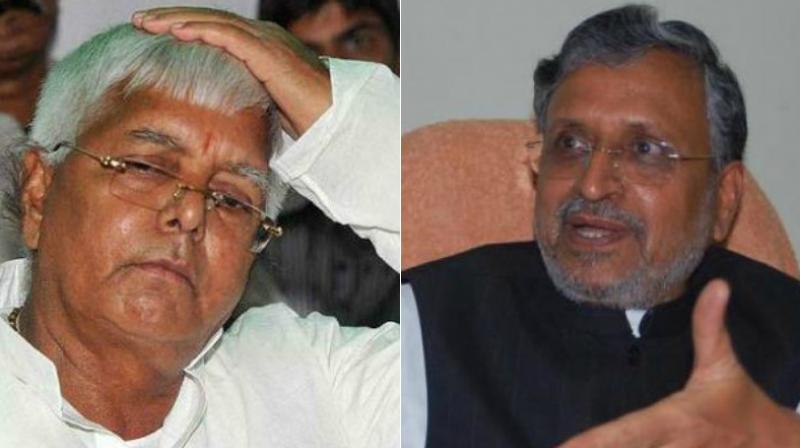 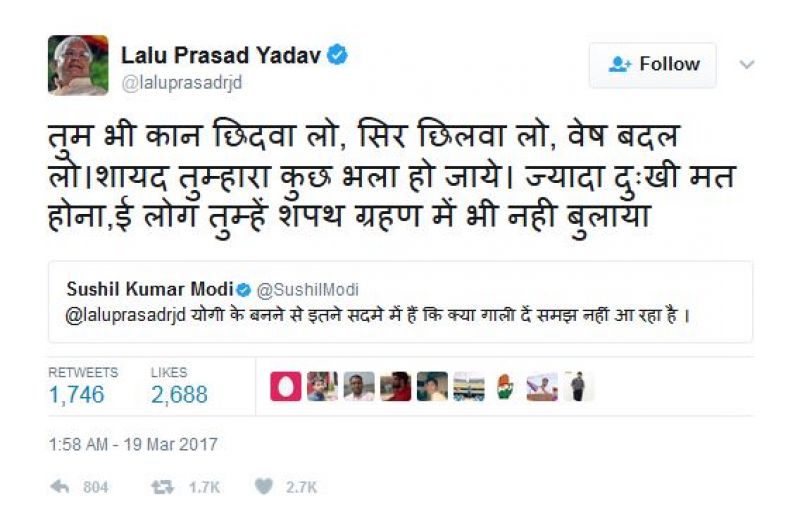 Lalu's response came after the senior BJP leader tried to take a jibe at him by saying that Lalu is in a state of shock by BJP leader Yogi Adityanath's Chief Ministership.

Modi's tweet came in the wake of Lalu Yadav's comments over Adityanath's ascension as the Chief Minister of Uttar Pradesh.

This is not the first time Sushil Modi has took potshots on Lalu Prasad Yadav. He had earlier mocked Lalu saying that by making his 'wife the chief minister and his sons ministers', he has not allowed anyone else in his party to come forward.