SP has given ticket to Anurag Yadav, cousin of SP chief Akhilesh Yadav. 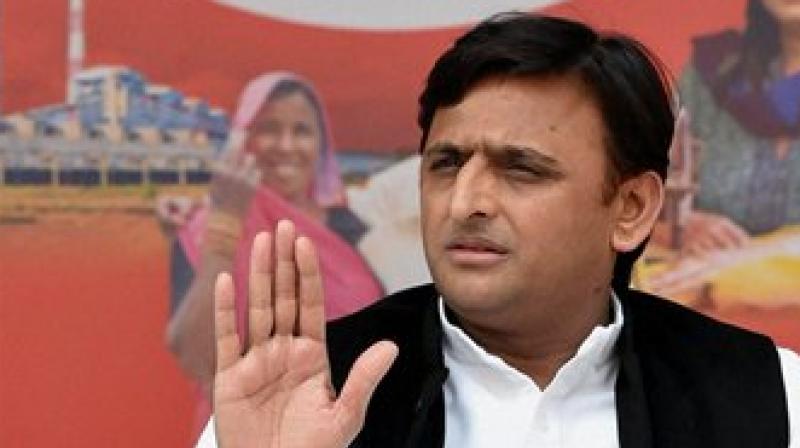 Lucknow: The Samajwadi party is facing a tough battle as it tries to retain the seven out of nine Assembly seats that it won last time in Uttar Pradesh capital, while BJP and BSP queer the pitch.

The two other seats were shared by BJP and Congress. The SP candidates include Mulayam Singh Yadav's daughter-in-law, Aparna Yadav and three ministers, one of whom was recently sacked.

BJP has preferred to field turncoats on two seats - Lucknow Central and Lucknow Cantt. Rita Bahuguna Joshi, who had won on Congress ticket last time, has been fielded by BJP from Cantt seat against Aparna.

BSP has roped in Yogesh Dixit, who is trying to woo voters by promising good governance by party supremo Mayawati.

Lucknow Central is also witnessing a keen contest, where sitting SP MLA and cabinet minister Ravidas Mehrotra is facing an uphill task with Congress candidate Maroof Khan refusing to withdraw from the field despite a tie-up between the two parties.

BJP has given ticket to former MP Brijesh Pathak, a former Lucknow University student union president, who switched from BSP.

BSP has given ticket to Rajiv Srivastava here. An interesting contest is on in Sarojini Nagar seat, where BJP's woman face and state women wing, chief Swati Singh is in fray.

BJP has never won the seat. However, this time the situation for SP is difficult with its MLA Sharda Prasad Shukla contesting on RLD ticket after being spurned by the party.

Babloo was runners up on the seat in 2012 polls and secured 41,333 votes, much more than BJP candidate Virendra Tiwari, who got only 29,339 votes and finished third.