'The ministers who fail to improve BJP's performance in their respective districts, will be relieved from the ministry,' he said. 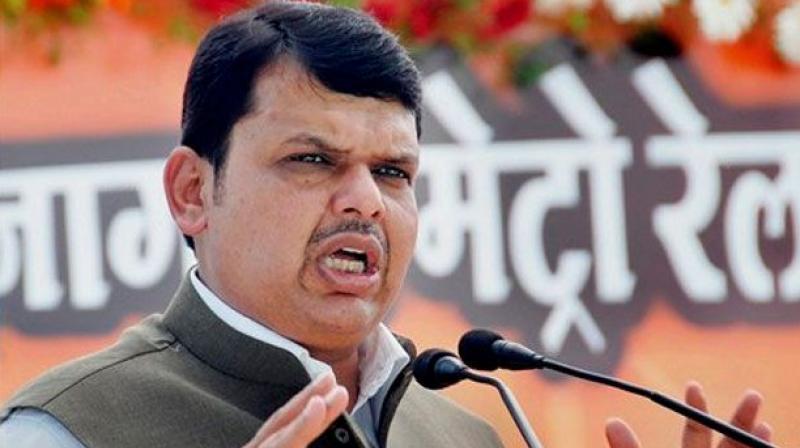 Mumbai: Maharashtra Chief Minister Devendra Fadnavis on Sunday said the outcome of the local body elections currently underway in the state will weigh on the future of his cabinet composition as some ministers will be promoted while others relieved according to BJP's performance in their areas.

"There will be some reflection of the results on the state ministry. If the performance is good, some would be given a promotion in the cabinet. On the other hand, the ministers who fail to improve BJP's performance in their respective districts, will be relieved from the ministry," said Fadnavis during an interaction with reporters at his official bungalow Varsha this afternoon.

Fadnavis' comments came in the backdrop of BJP in Uttar Pradesh giving a target to its Members of Parliament (MPs) to ensure win of at least three MLAs from their constituencies to get party ticket for the 2019 election.

Elections to 25 Zilla Parishads are being held in the state in two phases. The first phase was on February 16 and the next will be on February 21, coinciding with the voting for 10 municipal corporations. The results will be out on February 23.

Fadnavis said, "The leaders, in whose areas, the party fares badly will be relieved of their ministerial obligations so that they can concentrate on their district more and can serve people better. If they cannot become leader of a district, how can they be the leader of the state?"

However, he expressed confidence that BJP will emerge victorious in all the municipal corporations.

"I am sure that BJP's performance will not only improve but we will win all the 10 municipal corporations for sure.

"I have personally held 62 rallies, while BJP's state unit chief Raosaheb Danve has held 50, Pankaja Munde organised some 40 rallies, while Chandrakant Patil and Sudhir Mungantiwar held 30 rallies each across the state," Fadnavis said.

Commenting on the kind of language being used by Shiv Sena and BJP against each other, Fadnavis said, "I maintained certain decency during the whole campaign. I did not criticise Uddhav Thackeray personally during the whole election.

"I continued to speak about development and what BJP can offer to people. Most of the speeches were not political but talked about progress," he added.