The move will reportedly benefit eight lakh farmers of the state immediately. 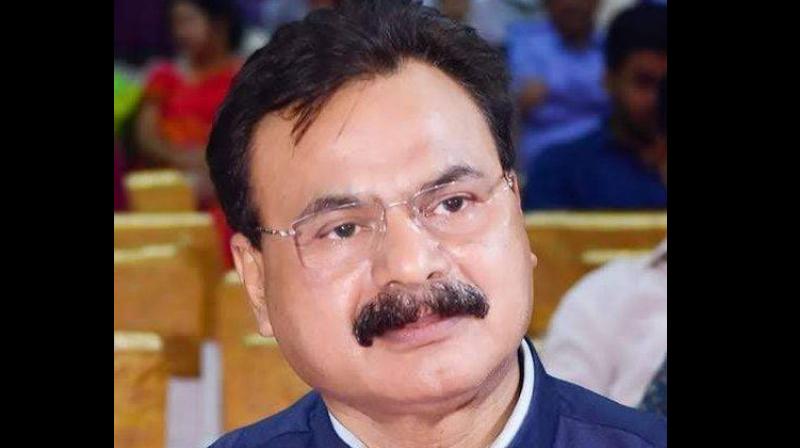 ‘The debt relief scheme for farmers will waive 25 per cent of all loans taken till now. The benefit will be up to a maximum of Rs 25,000. This scheme will immediately benefit around eight lakh farmers,’ state government spokesperson and Parliamentary Affairs Minister Chandra Mohan Patowary said. (Photo: Faacebook)

Guwahati: The BJP government in Assam has approved Rs 600 crore farm loan waiver which it said will benefit around eight lakh farmers of the state, a move that comes in the backdrop of debt woes of farmers becoming a major issue in the run up to the Lok Sabha elections.

The decision was taken at a cabinet meeting held on Monday night. Assam is the third state to waive farm loans in the last few days after the newly formed Congress governments in Madhya Pradesh and Chhattisgarh announced it on Monday.

According to the Assam government scheme, it will write off 25 per cent loan of farmers up to a maximum of Rs 25,000 of all farm debts, state government spokesperson and Parliamentary Affairs Minister Chandra Mohan Patowary said.

The waiver will be for all the loans taken through Kisan Credit Card (KCC) and from PSU banks, he said.

The government has also sanctioned an interest relief scheme which will enable around 19 lakh farmers to take loans at zero interest from the next financial year, he said.

"The debt relief scheme for farmers will waive 25 per cent of all loans taken till now. The benefit will be up to a maximum of Rs 25,000. This scheme will immediately benefit around eight lakh farmers," he said.

Due to these schemes there will be an additional burden of Rs 600 crore on the state exchequer this fiscal. "For the next fiscal, we will have to do budgetary provision for the schemes," Patowary said.

The cabinet also approved subsidy up to Rs 10,000 to incentivise farmers if they take loan from KCC.

The Congress, Left and other parties have been targeting the BJP-led central government over the issue of farm distress. The principal opposition made farm loan waiver a major electoral issue in the recent Assembly polls in which it wrested power from the BJP in Madhya Pradesh, Chhattisgarh and Rajasthan,

The newly formed Congress governments in Chhattisgarh and Madhya Pradesh had waived farm loans within hours of being sworn in.

In other decisions, the Assam cabinet enhanced the state Freedom Fighters' pension from Rs 20,000 to Rs 21,000.

The meeting also approved the formation of a Micro and Small Enterprises Facilitation Council to help the growth of MSME sector in the state, the minister said.

The government also sanctioned Rs 32.72 crore loan from National Cooperative Development Corporation for revival of a jute mill at Nagaon, he added.