'E-cigarettes to be banned, offenders to face jail': FM after cabinet meeting

'Reports say that there are some who are probably getting into the habit of e-cigarettes as it seems cool,' Sitharaman said. 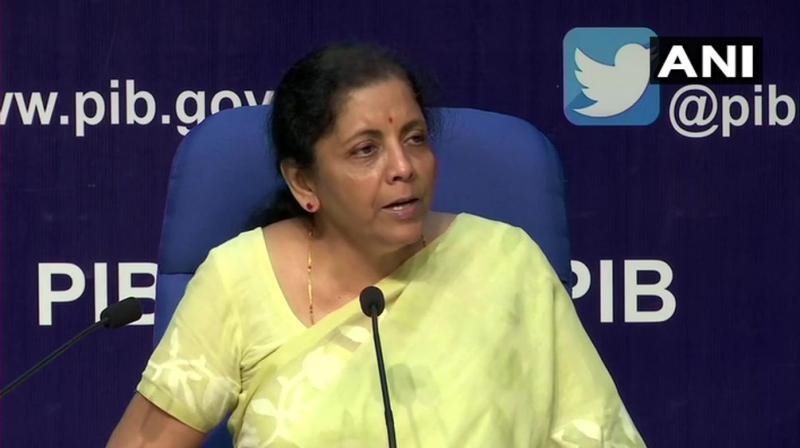 New Delhi: Finance Minister Nirmala Sitharaman after the cabinet meeting on Wednesday said that e-cigarettes will be banned in India. Envisioned as a tool to combat tobacco addiction, electronic cigarettes and other vaping products have become a major problem and increase the risk of children adopting them, she said.

"Reports say that there are some who are probably getting into the habit of e-cigarettes as it seems cool. It is believed that there are more than 400 brands, none of which is manufactured yet in India. And they come in over 150 flavours," she added.

Preeti Sudan, Secretary Health and Family Welfare said, "The punishment proposed is imprisonment up to 1 year or a fine of up to Rs. 1 lakh, or both for the first offence&imprisonment of 3 years or a fine up to Rs. 5 lakhs or both, for subsequent offence. E-hookahs are also included."

The Prohibition of E-cigarettes Ordinance, 2019, was recently examined by a Group of Ministers (GoM) following directions from the Prime Minister's Office, reported NDTV.

In the draft ordinance, the Health Ministry has proposed a maximum imprisonment of up to one year along with a penalty of Rs. 1 lakh against first time violators.

Banning alternative smoking devices like e-cigarettes, heat-not-burn smoking devices, vape and e-nicotine flavoured hookahs was among the key priorities of the first 100 days agenda of the Narendra Modi government in its second term.