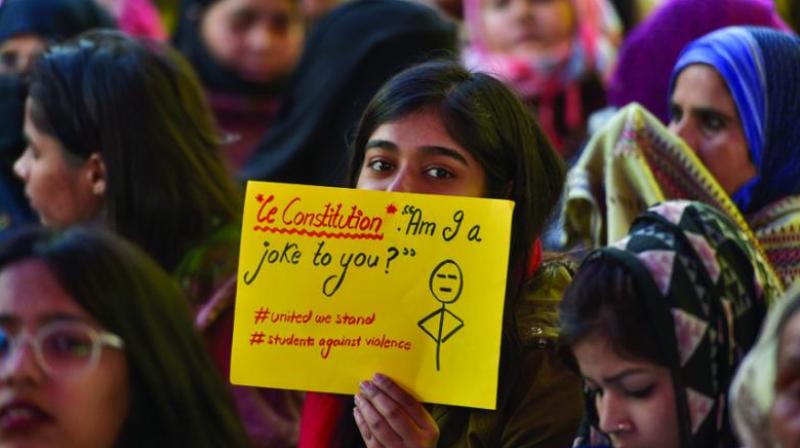 A day after several activists who were part of the Shaheen Bagh protest joined the BJP, the Aam Aadmi Party claimed the agitation was “scripted” by the saffron party for electoral gains in the Delhi Assembly elections.

The AAP’s allegation comes a day after several Muslims from Delhi’s Shaheen Bagh area, the epicentre of the protests against the Citizenship Amendment Act, joined the BJP in the presence of its Delhi unit leaders. Over 50 people joined the BJP, including social worker Shahzad Ali, gynecologist Mehreen and ex-AAP worker Tabassum Hussain.

The continuous sit-in mainly led by the women of Shaheen Bagh lasted over three months and became a pan-India template for anti-CAA protests. It was called off in March following fears over Covid-19 and the subsequent lockdown.

The AAP alleged that the BJP conspired with the Delhi police and planned the Shaheen Bagh demonstrations to get political mileage ahead of the Delhi Assembly elections. AAP spokesman Saurabh Bhardwaj said the police did not remove the Shaheen Bagh protesters on the BJP’s instructions.