Yediyurappa is right in handing over phone tapping case to CBI: Shahnawaz Hussain

Earlier today, Yediyurappa had declared that phone tapping case filed during Kumaraswamy govt will be handed over to CBI. 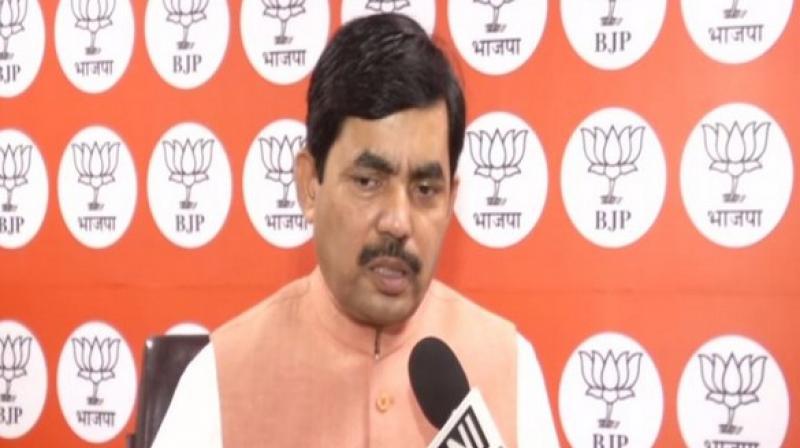 The allegations of illegal phone tapping against HD Kumaraswamy initially stormed in after rebel JD(S) and Congress MLAs, who were later disqualified from their respective parties, claimed that the former chief minister got their phones tapped. (Photo: ANI)

"It is not right to intrude into someone's personal life. The alleged phone tapping case had set a bad precedent. Yediyurappa ji has taken the right decision to conduct a high-level inquiry to find out what had happened during the reign of the previous Chief Minister," Hussain told ANI here.

Earlier today, Yediyurappa had declared that the phone tapping case filed during the previous H D Kumaraswamy government will be handed over to the CBI as many leaders have demanded a probe into the matter.

The allegations of illegal phone tapping against HD Kumaraswamy initially stormed in after rebel JD(S) and Congress MLAs, who were later disqualified from their respective parties, claimed that the former chief minister got their phones tapped.

Reportedly, former state president of JD(S), AH Vishwanath, who was also among the dissenters, alleged that around 300 personal phones of leaders, including senior Congress leader S Siddaramiah, were tapped by Kumaraswamy. However, the ex-CM has denied all the allegations.

Talking about the situation in Jammu and Kashmir and especially in the Valley, he said almost all people barring a few politicians were happy with the decision taken by the Centre.

"In many areas of the Valley, the landline services are back to normal. People have realised that the way of peace and co-operation is the only way, most of the people there are very happy with the revocation of Article 370. Yes, there are some leaders, the likes of Hurriyat, who are worried, but the common people feel their bond with India has strengthened with this move," he said.

The government agencies started easing restrictions in Jammu and Kashmir on Saturday after the situation in the Valley continued to remain peaceful for the 12th day since the abrogation of provisions of Article 370 that gave a special status to the state.